On 8th November 1890, the Rangers Reserves took on Fulham at Brondesbury Park and amazingly it was reported in the West London Observer the following week that the visitors’ captain had actually put the ball into his own net, not once, not twice, but four times!

‘Fulham Reserves v Queen’s Park Rangers 2nd – These teams met for the first time this season on Saturday last at Brondesbury Park, the ground of the latter, and the home team were left victorious by four goals to two.

The visitors arrived three short of the regular team, but found substitutes on the ground.

The game was evenly contested, but the visitors were most unfortunate, as Rumford put the ball through his own goal no less than four times!

What price for him playing for Fulham’s 1st team as a forward. “He can score goals!” Notwithstanding this he played a brilliant game at back for Fulham.’

Two of the three substitutes were named as W. Andrews and Blythe respectively. 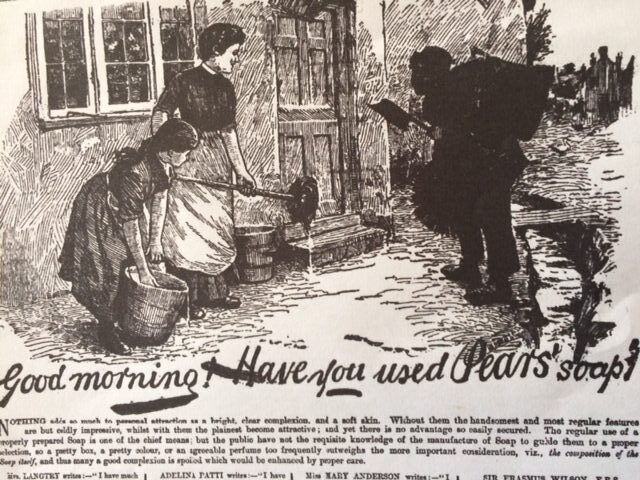 The QPR first team were also in action that day. They were up against Tottenham in a London Senior Challenge Cup replay, following a 1-1 draw at Brondesbury the previous Saturday.

This match report appeared in the Sporting Life two days later:
‘Tottenham Hotspur beat the Queen’s Park Rangers at White Hart Lane on Saturday, by two goals to one.

The teams were evenly matched, and on the previous Saturday played a drawn game of one goal each. Upon their second meeting on Saturday the Spurs just managed to enter the third round by a margin of one goal.

The Rangers played by far the better game in the first-half, and scored the first goal, although they were one player short.

Whilst the Hotspur team lacked the combination of their visitors in the early part of the game, they improved considerably in the second-half, and scored twice.

They play more of an individual game, and although they had several opportunities of scoring in front of goal, failed through want of a proper combination.

After the Spurs had scored their first goal and equalised matters, the play was very fast, and when the second goal was placed to the Spurs’ credit it seemed to stimulate them to greater exertions, and although the ball was continually in the Rangers’ half they did not again score. Below is a brief description of the play.

Simpson started the ball for the Spurs, and it remained in the Rangers’ half: Bassett, by a long shot sent the ball over the bar. It was in touch four times running, and then ran down into the Spurs’ quarters.

Once again, the ball traversed up the field, and Harston had a shot at goal, but it went over. Shots were now made at the Rangers’ goal but was smartly saved by Schneidan.

A corner was taken by Buckle, but went behind. The Rangers had a shot at goal, but it was saved by Walford. Then the Spurs tried to score, Baxter shot over and soon after failed a second time.

The ball was once more sent down the field, and a corner for the Rangers did not result in anything being scored.

Harston secured the ball, and had a shot at the Rangers’ goal, but it rolled a few inches the wrong side of the post. Jull made a long shot over the bar.

A foul was allowed to the Rangers in the centre of the field, and soon after the ball was unpleasantly near the Rangers’ goal, and shots were well saved by Schneidan.

The ball once more found its way into the Spurs’ territory, and after some capital passing, Morris passed to McDonald, who scored the first goal for the Rangers after playing thirty-five minutes.

The ball after this travelled up and down the field, and repeated shots were made by the Spurs at goal, but they seemed unable to score. At half-time the score was – Rangers, one goal: Hotspur, nothing.

In the second-half the game was much faster, and after playing twelve minutes a corner ensued for the Spurs. It was nicely placed, and a goal resulted from a scrummage.

Harston scored the winning point, a regular daisy cutter, and the Spurs thus won this match as stated by two goals to one. They will now have to meet Barking on their own ground on the 22nd.’

(The above advert appeared in the Kilburn Times in 1890. Thanks to Colin Woodley for unearthing the advert and the match reports)