Bobby Cameron was a cultured inside-forward of the old school.

Another of my childhood heroes in those R’s colours of white shirts and navy-blue shorts from decades long past. Bobby seemed to be at the heart of our forward moves when I first saw him play in that 1957-58 Division 3 South campaign.

In particular, I recall one of his goals in a home match against Walsall on 8th March 1958 when Rangers won 1-0. John Savage in goal for the Saddlers was a giant of a keeper and was defying our attacks.

No high shots or crosses were ever going to bother him, but Bobby scored the winning goal with a crisp low drive from the edge of the box at the Loftus Road end.

Following his transfer to Leeds United in July 1959, he played two seasons for the Elland Road Club, one of those in the top flight (i.e. the old First Division), however, under the incoming revolutionary style of management of Don Revie.

In 1961 Bobby fell out of favour and moved on to Gravesend & Northfleet and later he signed for Southend United. Alas, he simply was not Don Revie’s type of player.

Bobby would certainly have made the National team now, but back then there were too many top Scottish inside-forwards around.

You were a class act and a good servant to QPR FC. 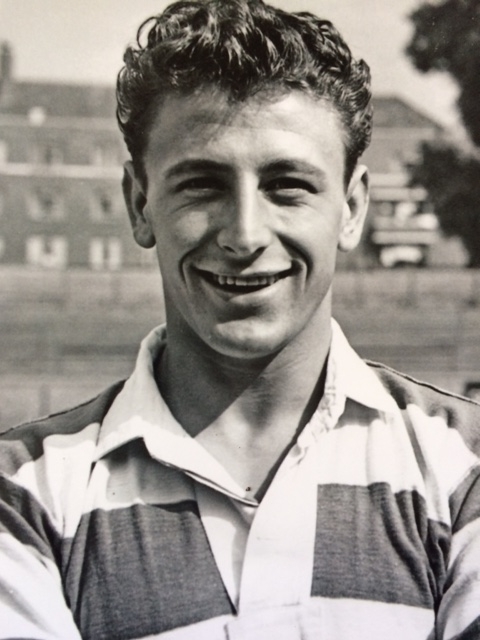 Bobby was born on 23rd November 1932. He grew up in Greenock and supported Morton.

He played for his local Mount Street School team at left-back, but after just 15 minutes the headmaster ordered him to go to inside-left.

Schoolboy internationals were re-introduced just after the War and following a series of trials at the White City Stadium in Glasgow, Bobby was selected to play against England at Goodison Park. After leaving school Bobby played for Port Glasgow Rovers.

Bobby was picked to play for Greenock & District Juveniles against a combined team of Port Glasgow and Gourock juniors. After the match he heard that the Scottish QPR scout, Johnny Barr, was waiting outside to have a word with him.

He later revealed in Charles Buchan’s Football Monthly the series of events that led him to sign for the R’s in June 1950:

“He whisked me off by car to my home for a chat with my parents, but after a discussion we turned down the offer. I was keen enough, but I was very young, and my mother was against me moving so far from home.”

“Rangers were persistent, however. Alf Ridyard – who was then the club’s assistant- manager – made a special trip from London, but we gave him the same answer.”

“Then came a visit from Alf and Johnny Barr. Still we declined the offer, but when Dave Mangnall, Rangers’ manager, came up it was decided that I should take the plunge and travel south.”

“It was the first time I had ever been to London, but I was soon made to feel at home for there were quite a lot of Scottish boys on Rangers’ books at the time.”

He made his league debut in January1951 and also played in 24 reserve games, plus two friendly matches that season.

Bobby was transferred to Leeds United in July 1959. He later played for Gravesend & Northfleet and then moved to Southend United in October 1963.

He emigrated to Australia in 1964 where he sadly passed away earlier this year on 21st February.

(Thanks to Ray Marno for supplying the above photo)

2 thoughts on “In Memory of Bobby Cameron”