The R’s had recorded a hard-fought 1-0 victory in January at the Wadham Lodge Sports ground and because of recent storm damage the return fixture was switched from the Powerday Stadium to Rectory Park.

Mel Hall did well to win a corner and this resulted in the ball going behind again. The second corner was then cleared to safety.

At the other end, Lucie White advanced to just outside the box, but in doing so she collided with an opponent. This left the R’s keeper grounded for a couple of minutes and in need of some treatment.

The home side went close to opening the scoring on 13 minutes after Mel Hall’s run down the left-wing. She then set-up Sue Kumaning who belted the ball from around 25-yards and the keeper managed to tip it onto the crossbar.

For the visitors, Katie Bradley’s powerful header following a corner, closely evaded the post. At half-time it remained goal-less. 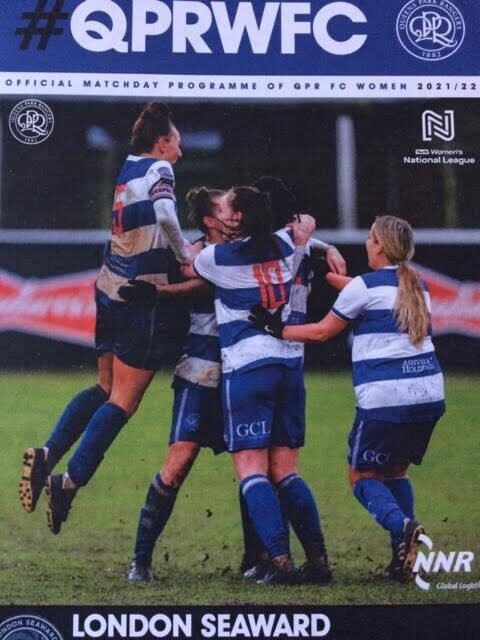 Steve Quashie brought on Katie McLean for the start of the second-half.

London Seaward created a bit of a scramble in the QPR box,but the home side negotiated it successfully.

Rangers took a while to get going, but on 55 minutes that all changed. Brogan Moore found Mel Hall, and from her effort, Demi Edwards hooked the ball superbly into the back of the net.

Very soon after the goal, Brogan Moore’s close-range shot was well saved at the near-post.

And shortly after that, the R’s doubled their lead. Brogan Moore’s wonderful deep cross from the right-wing towards the ‘D’ was fired into the net by Demi Edwards.

In a twelve-minute spell there were a flurry of changes madewith Katie Akerman, Emilia Nygaard-Parsons, Merle Redhead-Ling and Ailish Carolan all being introduced.

Rangers were rarely troubled in the closing stages and at the final whistle, fully deserved the three points.