The following article was written by Clifford Webb and appeared in the Daily Herald on 7th December 1946:

‘A supporter of Queen’s Park Rangers has staved off the threatened transfer of Joe Mallett, one of the club’s most consistent forwards, by coming along with the offer of – a three-bedroomed flat!

Mallett, married and with a small family which he expects to be increased shortly, had asked to be placed on the transfer list because he was unable to find a home.

“Right out of the blue,” manager Dave Mangnall told me yesterday, “came this gesture from a supporter. Joe had seen the flat, says it is just what he wanted and moves in soon. Meanwhile, he has asked for his name to be taken off the transfer list.”

However, he moved on to Southampton a few months later for a reported fee of £5,000. 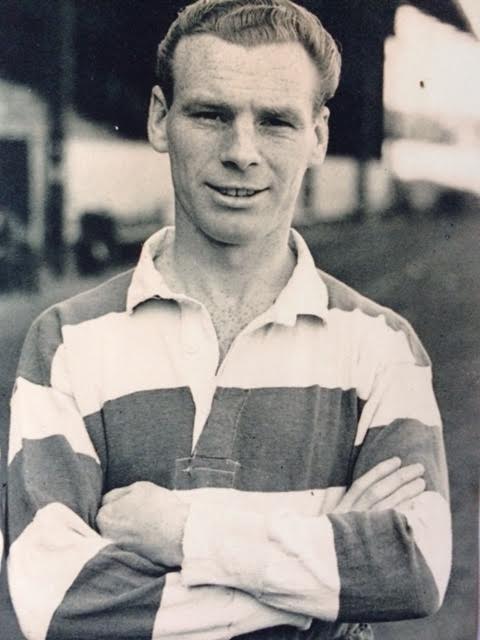 Joe was born in Gateshead on 8th January 1916 and his first job included grinding corn.

He signed for Charlton Athletic in November 1935 and made what was to be a brief move to the R’s in 1937. Joe made his debut against Crystal Palace on 23rd October.

Joe returned to the Addicks the following summer but came back to Loftus Road in February 1939 and made his second debut, also against Palace, at Selhurst Park.

Mallett made a total of 297 appearances for the R’s, and scored 60 goals, before moving to Southampton in February 1947.

He ended his playing career at Leyton Orient, but it is noted that he later turned out for the Nottingham Forest reserves, aged 43!

Joe joined Birmingham City in June 1964 where he served as coach, manager and assistant manager until 1970.

Later, he coached a number of clubs in Greece and the USA.

Joe sadly passed away at home in Sussex on 8th February 2004.