The following article was written by Paul Bennett and appeared in ‘Goal’ magazine in December 1971:

Rangers have won a tense game 2-1 after conceding an early goal and the talk is proceeding along familiar lines: the irreplaceable flair, control and showmanship of Rodney Marsh, the driving power in midfield of Terry Venables and the spirited running of Frank Saul.

The voice of a Pressman who has not previously spoken breaks the general flow of conversation with the words: “I thought Dave Clement played well, Mr Jago.”

For a few seconds Gordon Jago is silent, seemingly caught slightly off-guard. Then he replies simply: “Yes…yes, he did have a good game…” Another pause, then, “But of course he always does have a good game.”

There, Jago finished talking about Clement. There seemed little else to add and, indeed, that brief verbal exchange was a perfect summing up of Dave  Clement.

For Clement is the quiet man of the team, a dedicated full-back who arouses little excitement or publicity, but who loyally gives 100 per cent every week, rarely attracts the attention of the referee and is never heard to moan. The sort of player, in fact, who keeps football clubs in business. 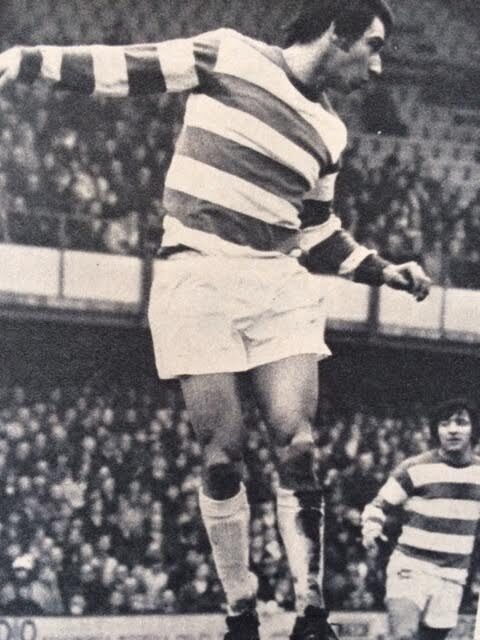 In the shadow of men like Marsh and Venables isn’t every footballer’s idea of glory. But Clement would have it no other way.

He insists: “I enjoy football too much to worry about anything like competing with my colleagues for the spotlight.”

It is good to hear a player claim to be enjoying his football. And better still that his approach to the game is still wholeheartedly professional. For Dave Clement is certainly that.

Watch him play and note the tremendous concentration which goes into every tackle, clearance and sortie upfield.

Against Fulham in August the former England youth player completed 50 consecutive games for Queen’s Park Rangers, his only club, and received an accolade from Gordon Jago.

“Dave is playing better than ever this season,” enthused Jago.  “He is reliable, and this is a big comfort to the club to know we have someone like this during a promotion challenge.”

And Rangers’ captain, Terry Venables, is equally generous in his praise. Says Venables: “In a three against one situation, with Dave the last man in defence bar the keeper, you’d still fancy him to come up with something to stop a certain goal.”

“He thinks out situations so well. If he notices a gap appear in defence then he’ll slip quietly and unobtrusively into it, thereby sealing off a serious threat to our goal without spectators realising there was even the remotest possible danger.”

“But it’s not only in defence that he reads the game so well. He’s a wonderful helper in midfield and a constant source of danger when he moves up into attack on the overlap.”

“On many occasions I’ve wondered what to do with the ball when all my colleagues are marked. Then suddenly I’ll spot Dave who will have slipped into an unmarked position.”

“That’s the sort of player he is. Helping to cover mistakes by others and making their job that much easier.”

A glowing account indeed from a former England player. But Dave Clement, a splendid example of loyalty and sportsmanship, has earned it all.’

Dave went on to make over 470 appearances for the R’s and scored 28 goals before moving on to Bolton Wanderers in June 1979. He also gained five full England caps.