As we await the 2021/22 Championship fixtures next week, the following article appeared in the Torbay Express & South Devon Echo on 5th June 1969:

‘For the second season running, the fixture lists for the four divisions of the Football League have been compiled by International Computing Services Limited on a KDF9 computer at the company’s Kidgrove, Staffordshire, bureau.

The lists were completed three days after the final First Division match of last season, in which Manchester United beat Leicester to send the Midlands club into the Second Division, though much of the preliminary work had been done beforehand both by the Football League and by ICSL.

The preliminary work was necessary in order to providesuitable fixture patters to ensure that no clubs plays away (or at home) on more than two successive Saturdays in the season, and to avoid the possibility of neighbouring clubs playing their home matches on the same day.

Only 78 seconds of actual computing time was required to arrange the season’s fixtures, and a further eight minutes was necessary to print the fixtures for each of the four divisions, both in date order and as individual lists relating to each club. 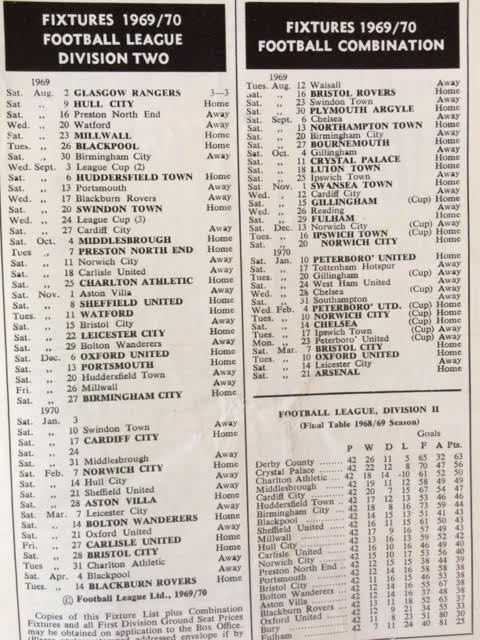 The computed information was written first to magnetic tape and then printed out on an off-line printer.

By using the computer bureau for this work, the Football League has been able, once again, to announce the fixtures much sooner than before.

In addition, the League have been relieved of the time-consuming and laborious manual fixture compiling routine, involving endless hours of cross-checking and re-shuffling, which has been necessary in previous years.

Considerably more preliminary work was necessary in compiling the fixture lists for the forthcoming season than was originally estimated for two reasons.

The Football League selected every match which will be played on Boxing Day, to minimise travelling problems, and thus the patterns devised for use in compiling last season’s fixtures had to be modified to ensure that all the matches stipulated have been scheduled for Boxing Day.

In addition, the League decided that the fixtures should be completed by mid-April of next year, to allow the Home International Championship to be played at the end of the season, and still provide time for the England team to prepare for the World Cup tournament in Mexico.

This meant that more fixtures have had to be arranged in midweek and automatically increased the problem of keeping to a minimum the number of consecutive away matches played by any club.

The man responsible for compiling the fixture lists in co-operation with the Football League is Mr Douglas Flower, manager of ICSL’s planning division – a life-long supporter of Queen’s Park Rangers.

Though he had the unhappy experience of seeing them relegated after only one season in the First Division, he had the consolation of knowing that Queen’s Park Rangers wrote to compliment the Football League on the satisfactory fixture arrangements produced by the computer.’

The R’s opened their season with a 3-0 home win over Hull City and as for their Boxing Day fixture, Rangers travelled to South London to take on Millwall (lost 0-2).

(Thanks to Colin Woodley for unearthing the newspaper article)