The following article appeared in the Hammersmith & Bush Gazette on 10th February 1966:

‘A Hammersmith group who started practicing in a garage are now stealing the local limelight.

Calling themselves the “John Brown’s Bodies,” these five Hammersmith boys plan to entertain professional audiences before the year is out. The group came into existence when two guitarists joined forces to form the group.

With a sketchy beginning they slaved the hours away in a garage. Then one day, while they were practising, in walked their present-day singer, 17-year-old Clive Barrow.

Since then the group has shot up in Hammersmith’s popularity poll, touring the London clubs and improving their standards.

Their appearances have included a resident spot at the Goldhawk Social Club and two appearances at the Hammersmith Palais. Rhythm and Blues are their forte – and a little Soul music. 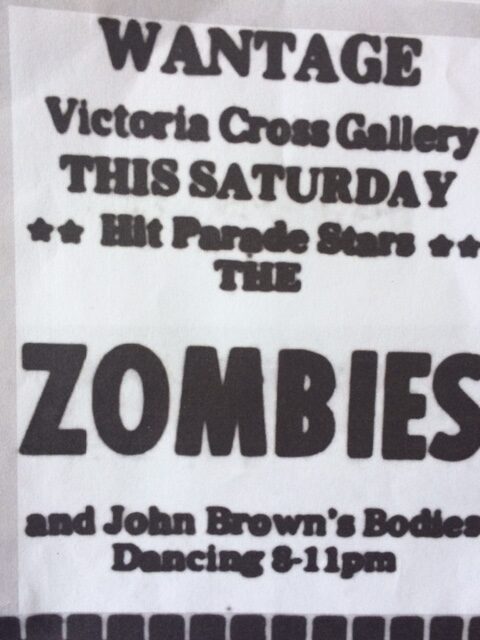 As soon as a new record hits the market, they work day and night to re-arrange it for their own music. This is the job of their lead-guitarist, 18-year-old James Shanley. Although James admits that he can’t read music, his arrangements produce some pleasant sounds.

Their singer, Clive, is also a budding composer – only a few weeks ago he accidently formed their latest song-hit while humming to himself in the bath!

Their manager, Mr Stan Morris, has the hardest task of them all. Working as a plumber in the day time, he becomes transport manager, musical advisor and advertising manager every evening.

But he never has a dull moment. His son David, who is the group’s drummer, goes to Christopher Wren School in Shepherd’s Bush with the group’s new bass guitarist, Chris Andrews. They are both busy studying for their G.C.E. examinations.

Stan’s moment of glory will be when the group produce their first record. That won’t be very long now, he says.’

A photo of the band appeared with the article but unfortunately, it’s not clear enough to reproduce.

Did they ever release a single and does anyone remember seeing them back in the day or know where in the Bush the group members came from?