Rangers started off their 1990/91 campaign with a 1-1 draw at Forest, which was followed by a 0-1 home defeat against Wimbledon and next up were Chelsea.

The R’s took an early lead following David Lee’s handball in the box. Roy Wegerle stepped up and made no mistake from the penalty spot.

Later, the visitors were also awarded a penalty after Andy Townsend had gone down in the box. Kerry Dixon’s spot-kick ended up somewhere in the Upper Loft! 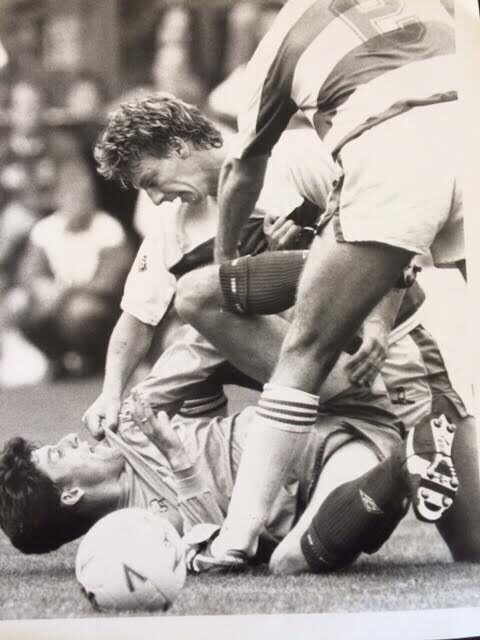 (The Press photo is from my collection)