I met up with Steve Bullard outside Turnpike Lane Station before taking the 217 bus, which took us close to the Queen Elizabeth 11 Stadium.

We were handed a programme prior to kick-off and I noted that the Rangers starting line-up included Mollie Dench, who turned out to be a loanee from London Bees.

After both sides had lined up for a minutes silence the re-arranged Cup-tie got underway.

On a heavy pitch, Enfield went close to scoring after the ball had come back off the post.

Lucie White raced out of her area and just managed to clear a dangerous through-ball, which resulted in both players in need of some of attention.

Rangers responded with an effort from just inside the box, but the Enfield keeper successfully grabbed the ball.

After some good defending in the six-yard box, Vicky Grieve put the ball behind for a corner.

The R’s keeper once again charged out of her area and did particularly well to block the shot with her body.

Rangers won a corner following a swift breakaway,whilst at the other end Lucie White was called upon again to clear the ball from outside the box.

Although the home side had created the best opportunities of the 1st half, it remained goal-less at the break. 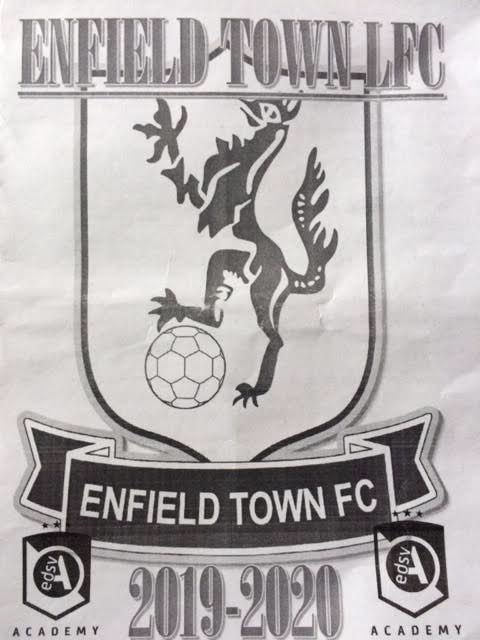 Into the 2nd half and the R’s got off to an assertive start and were well on top in the early stages, with one effort going just wide of the post.

In their first attempt of the half, the home side shot just wide of the upright.

After taking a knock, Kasha Petit was replaced by Annie Dzyadyk on 69 minutes.

And two minutes later, Steve Quashie brought on AilishCarolan at the expense of Natalie Skiverton.

Rangers were still dominating, with Melanie Hall and Milly Cutler both producing good attempts at goal.

However, it was the home side who took the lead. With around 15 minutes remaining, Enfield were awarded a corner. Initially the Rangers keeper made a good save, knocking the ball over the crossbar, but from the second corner, Olivia Syson finished from close range.

Following a QPR corner, the home side broke away and Lucie White superbly won an impending 40/60 confrontation from just outside the box.

As Rangers looked for the equaliser they fully deserved, Mollie Dench won the chase for a ball knocked upfieldby Melanie Hall, but her effort just evaded the post.

Competing against a side in a higher division, I can certainly take something from the team’s performance, particularly in the second-half.

Well done to Steve Quashie and his players.