The stage production, described as a ‘musical play’, was running at the Adelphi Theatre in the Strand.

Rangers fielded their full league eleven with the exception of Harry Edgley, who was replaced by Robert Faulkner at outside-right.

The match was in aid of a fund to provide free meals for the local unemployed and also their dependents.

As Nancie Lovat and a number of chorus girls sold programmes, the actor and comedian, W. H. Berry kicked off at 3.30pm. 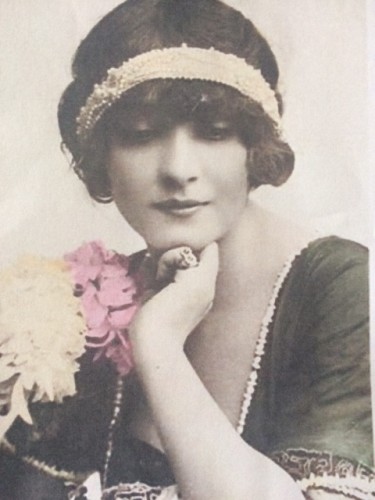 Cicely Debenham (shown above) later got the second-half underway.

Unfortunately no other details of the match have so far come to light.

Two days later the R’s were defeated 0-1 at Fratton Park.

The production was to close later that year.