So we’ve just had another ‘big reveal’ from the club regarding season ticket prices for next season. And in all fairness for existing holders renewing before 31 May it’s pretty good news. In summary:

Announcements such as this from the club are often greeted with much gnashing of teeth with concerns over increases. In the case of last year the attempt by the club to change the timing of renewal deadlines also proved unpopular. 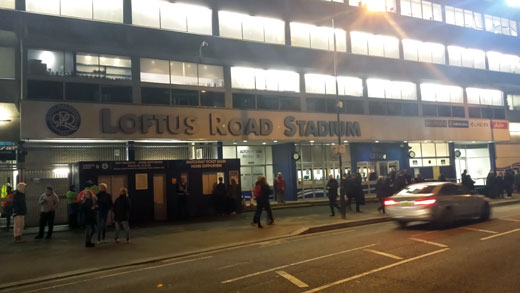 This year? Well it feels like a step in the right direction. QPR is not a cheap club to support and undoubtedly stats which support or deny that are likely to be bandied around on social media in the weeks to come.

One positive is that the club has opted to go for a later end to the renewal window than planned – they were originally were looking at the end of March. Whatever the reason for the selection of the end of May, whether it being a true consideration of the fans, or perhaps a delay for an improvement in the club’s fortunes, it is more than welcome.

The direct debit scheme also sees an end to the disliked arrangement with Zebra Finance. Interest-free payments over ten months are bound to help some people spread the cost.

One revelation today will please kids, parents, and the ‘big-kids’ amongst us – personalised seat labels are returning next season. A small thing, but makes a huge difference for some people – ‘my seat, my club’.

Don’t throw your current season ticket away in May though – it will be used again next year. The club is making some sensible savings here.

Interestingly walk-up prices for next season haven’t been published yet. I hope that those are as equally reasonable. Whilst QPR has a rump of fans who will attend game in and game out, casual sales remain an important part of the matchday income and must not be priced out.

Mind you – one of the hardest parts of the ‘sell’ of season tickets to fans will be the possibility of a repeat of this season’s fixture disruption. TV’s stranglehold over the game now means months without a Saturday 3pm home fixture is an issue almost impossible for the club to resolve.

7 thoughts on “Just the ticket for Rangers fans?”