Issue No. 6 of the Supporters Club magazine: ‘The Superhoop’: included an in-depth interview with Stan Bowles at the Rangers Stadium on Thursday, 28th October 1976:

KF: How did you meet Don Shanks, Stan?

SB: I first met Don Shanks in the Robin Hood Restaurant in Hammersmith. I was introduced to him by Gerry Francis. That was four days after I moved down from Carlisle.

KF: You did not know him before?

SB: I knew him through football, but that was our first proper meeting.

KF: I have a few questions from one of our supporters here and he would like to know: “Why does the ace prefer to wear polar-neck jerseys?”

SB: Ha…I don’t know really. I’ve got no money to buy anything else.

KF: He goes on: “Why did he say Norwich City was his favourite team in the ‘Shoot’ magazine interview a couple of years ago?”

SB: I don’t remember that. I probably said it as a joke.

KF: “When will the ace acknowledge Rangers fans when they chant his name?”

SB: When will I….I always do…behind the goal he means? Next time I will, I’ll remember that one.

KF: And lastly: “What did the ace say to make Liam Brady laugh so much when Macdonald missed an open goal at Highbury?”

SB: Actually, it was Brady who said something to me. He said if you don’t win that bet you want shooting, then we both laughed.

KF: What is your honest opinion of Malcolm Macdonald?

SB: He will always score goals regularly but as a footballer he is a non-entity.

KF: Do you drive Stan?

SB: No, no….although I am going to start taking lessons in about a weeks time.

KF: Where are you living at the moment?

SB: I live in a flat in Ealing at the moment, which I will be moving out of in the next seven days into another flat. 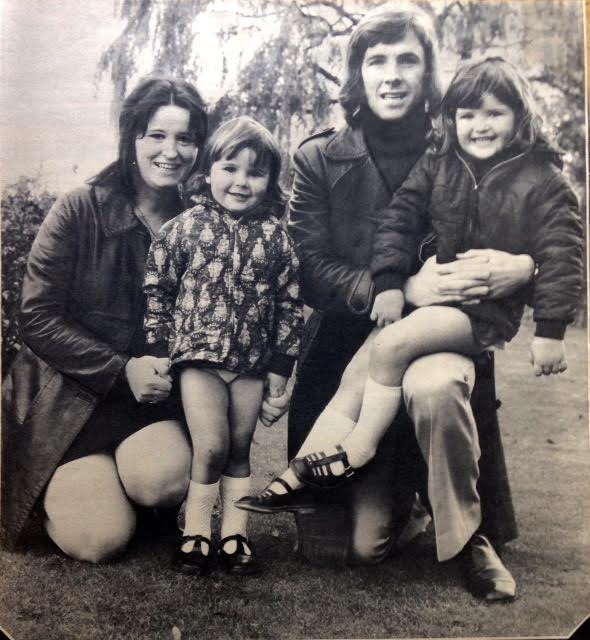 KF: Have you missed your wife and kids?

SB: Yes, I saw them at the Man. City game, but that’s the first time for a few months. I hope to be seeing them again next week sometime.

KF: Any chance of a reconciliation?

SB: Possibly, one can never tell. At the moment there is a lot of court wrangling going on.

KF: Do you still enjoy gambling?

KF: Are you winning?

SB: No. I don’t know any gambler who is winning.

KF: Nearly every game that you have played this year you have portrayed 100% brilliance. What has changed your attitude to the game and made you a dedicated professional?

SB: Probably getting a bit older and more wiser. That’s all. I’ve realised that it was stupid to retaliate so much.

KF: What will you do after retiring?

SB: I have never even given it a thought. Hope to be an actor or something like that.

KF: What was the greatest goal you have ever scored Stan?

SB: One against Derby when we won 5-1 up there a couple of seasons ago.

KF: What was the greatest match you’ve played in?

SB: The recent game against Slovan in Czechoslovakia. There were a couple of cup-ties against Chelsea that were good games. But I think the Czech game because of the team performance and the atmosphere. Noisiest crowd I have ever seen.

KF: Would you like to play for England again and why?

SB: Yes, I would, for the simple reason that I think I have something to offer England, and to prove a point.

KF: Are there any players and managers who you admire?

SB: Terry Venables as a manager – our own manager. Player wise, I tend to go for the more skilful types, such as Marshie, Bestie, Gordon Hill of Man. United and Alan Hudson.

KF: How about influences. Has anyone influenced your career at all?

SB: Couple of people. Terry Venables, Ian McFarlane, who was my manager at Carlisle. They were the biggest influences. And Gordon Jago. I like Gordon.

KF: How did he sell this club to you?

SB: He just told me it was a good team that was going to get better. I went to Burnley to watch them. They played my type of football and I believed him. He was proved to be right.

KF: Have you any spare-time interests?

SB: Racing is my main interest outside football.

KF: Do you get to many meetings?

SB: No, not now. I’ve calmed down a lot, with the gambling anyway. I like going out for a game of tennis in the summer. But that’s about it.
KF: Have you got any ambitions?

SB: Not really. Just to prove that I am one of the best footballers in the country, if not the best. 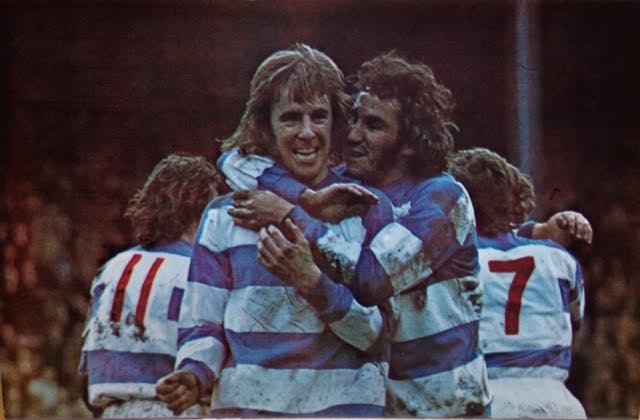 KF: Have you got used to flying yet?

SB: Much better with flying now, but I don’t think I’ll ever get used to it. I’m alright when I am up there, it’s just take-off and landing.

KF: Have you got a nickname?

KF: Where did you get that from?

SB: Oh, Francis Lee gave it to me a long time ago and they have cottoned on to it down here. Somebody told them. I don’t know who it was. They call me Bonso.

KF: No-one ever mentions your parents…..

SB: No, they just like to keep in the background doing their own thing. I still keep in contact.

KF: Have you any brothers?

KF: Are they footballers?

SB: One of them used to play for Man. City as a schoolboy, but did not quite make the grade. He had a drinking habit my brother.

KF: As a boy Stan, who did you support?

SB: Well, just going down to a pub and having a drink. The nightclubs, I go to them now and again, but I don’t like them that much. I prefer to go to a pub for a quiet drink.

SB: Well, I am always good for interviews.