Last Saturday at Wembley, when they played Jeff Beck’s ‘Hi Ho Silver Lining’ at the end of the game, it reminded me of Daphne Biggs, the long-standing QPR Supporters Club secretary and away travel organiser. I thought to myself “I’m sure there’s a lot of Ranges fans here today who don’t know the significance of why the song is played after home games when we win – let alone today”, and so I contacted long-standing R’s fan Pat Harrison for the full story and here’s what she had to say:

“At the Player of the Season Dinner & Dance in the early 1990’s, Daphne always loved to get on the floor towards the end of the evening and dance to ‘Hi Ho Silver Lining’. At the time, when myself and the Official Supporters Club used to plan and arrange the event, we always gave the DJ a song list before the day and we made sure that ‘Hi Ho Silver Lining’ would be played for Daphne.

That is my recollection of how it became ‘Daphne’s Song’. Oh how I thought of dear Daphne when they played that at Wembley on Saturday. As far as I know, the tradition of playing it after we have won a home game was in memory of Daphne. That is my recollection but, if anyone else comes up with an alternative idea of why it is played, then I will be interested to know the details.”

So, if anyone knows more, do add some comments after this piece. 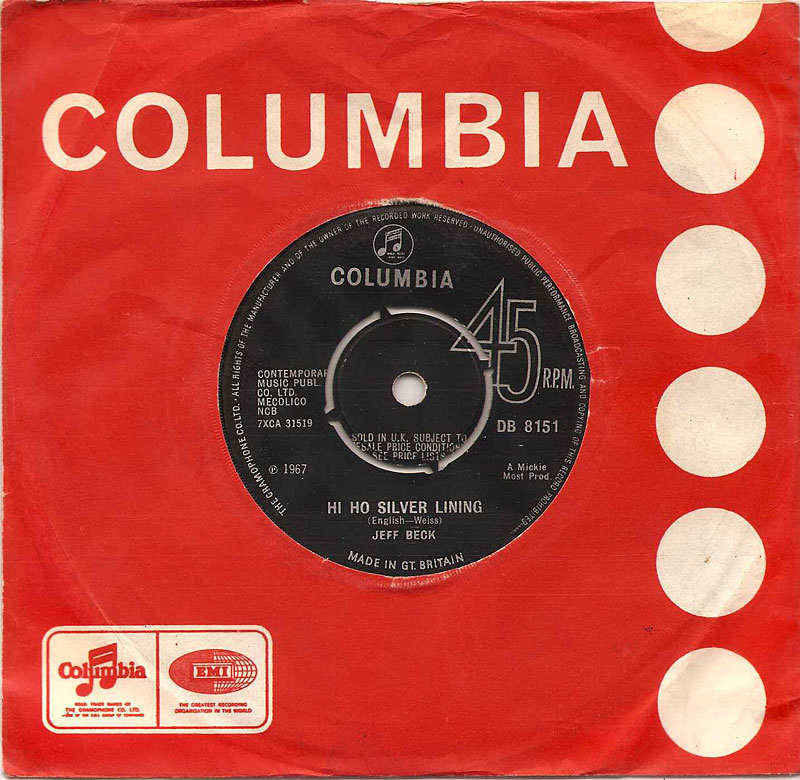 That’s not the song’s only Rangers connection though. It was written by two New York songwriters; Scott English and Larry Weiss, and it was recorded by Jeff Beck and released on 10th March 1967 – the Friday after Rangers had beaten West Bromwich Albion in the first League Cup Final at Wembley.

Beck had been the replacement for Eric Clapton when he left the Yardbirds in March 1965, at the recommendation of Yardbird and Beck’s teenage friend Jimmy Page (well before Page found fame and fortune with Led Zeppelin). Beck gained a reputation for being somewhat unreliable though and was dropped by the band.

He decided to go solo, with ‘Hi Ho Silver Lining’ his first release. A young Rod Stewart sang backing vocals on the Columbia label single and it reached number 14 on the UK singles chart, number 17 in Ireland and number 25 in Australia.

The record was produced by Mickie Most, one of the most successful record producers of the 1960’s and 70’s and the owner of RAK Records – the label that later re-issued the single in 1972 and again in 1982.

One of RAK’s most successful artistes was a young singer/bass player, originally from Detroit. In 1971 Most went with Jeff Beck to see a band made up of sisters called ‘The Cradle’ (Suzi Quatro and her sisters). He did, Quatro moved to the UK and became a big worldwide success in the 1970’s.

What’s less well known is that Most was also a keen Rangers fan and season ticket holder in the South Africa Road Stand for many seasons – and so the story comes full circle. Most died in 2003. 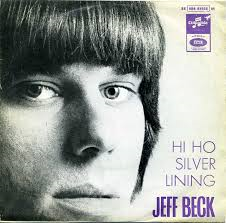 My thanks to Pat Harrison and Robin Haldane for their help with this piece.