In 2011 I put together a selection of Martin Percival’s pics on the Home Page as a ‘flag day’ record of our promotion celebrations. Consequently we wanted to put together something similar following our recent visit to Wembley for the Championship Play-Off Final against Derby County.

Apart from the abundance of fans banners on display, the Club had also arranged for nearly 40,000 flags to be distributed around the stadium to every single Rangers supporter. The results of which were spectacular and certainly helped enhance the atmosphere.

A sample of Martin’s latest batch of pics are shown below and used with permission: 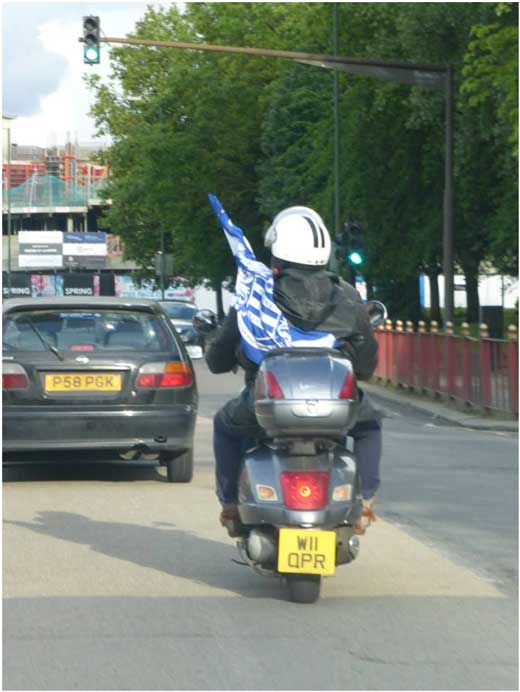 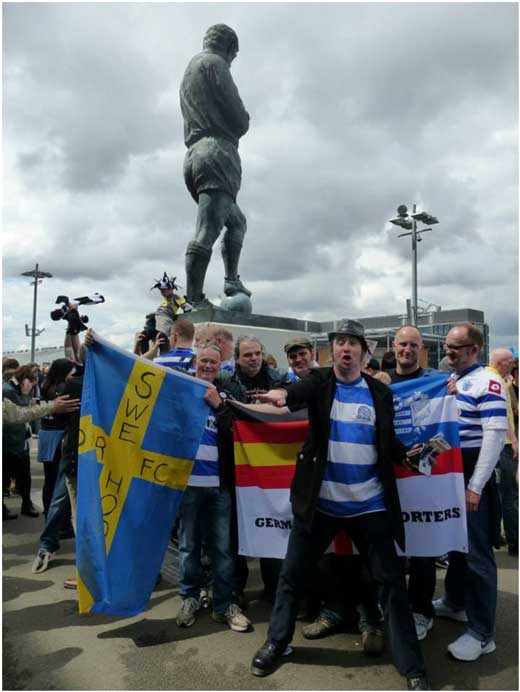 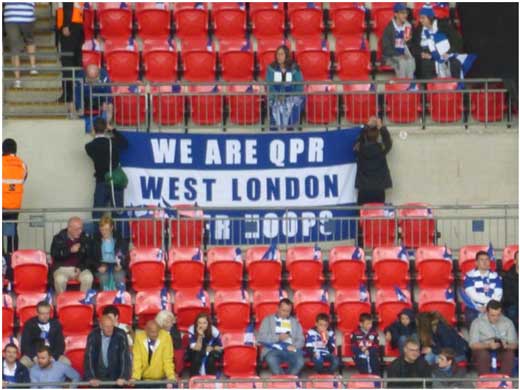 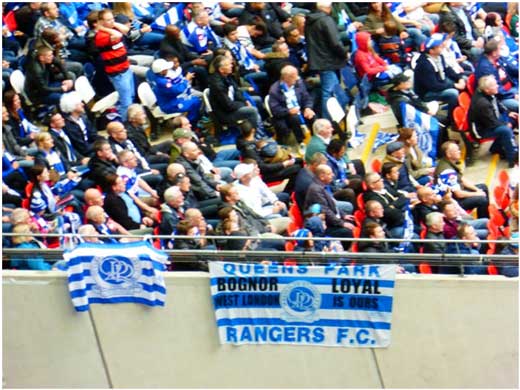 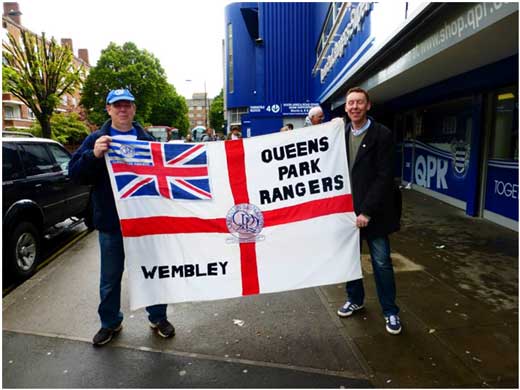 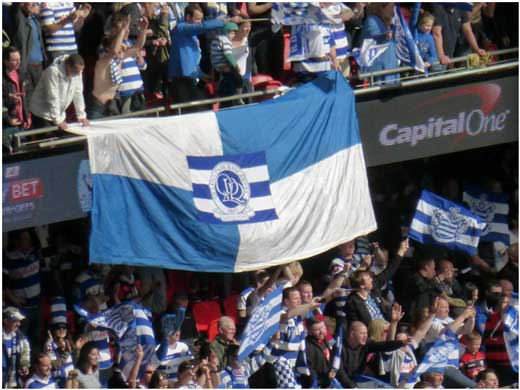 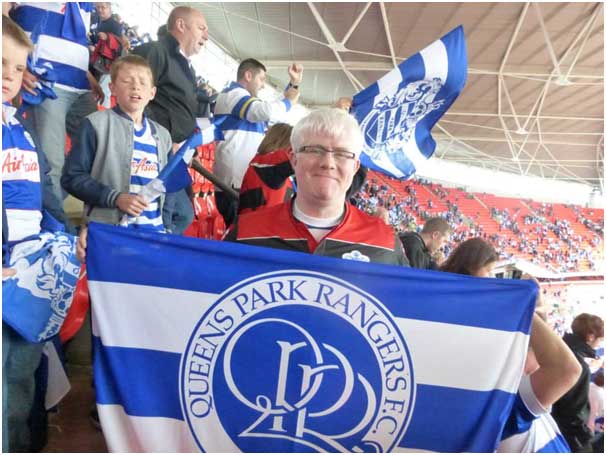 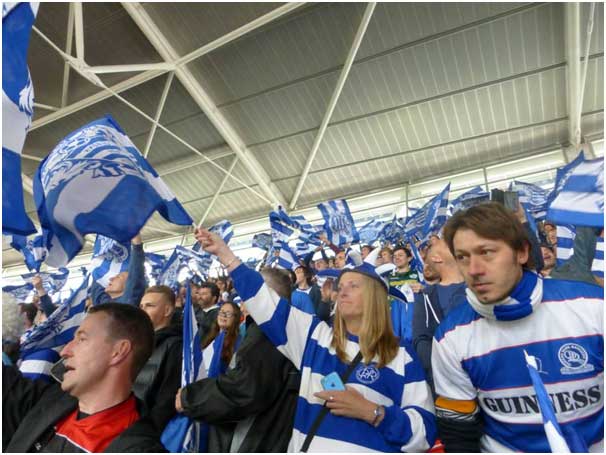 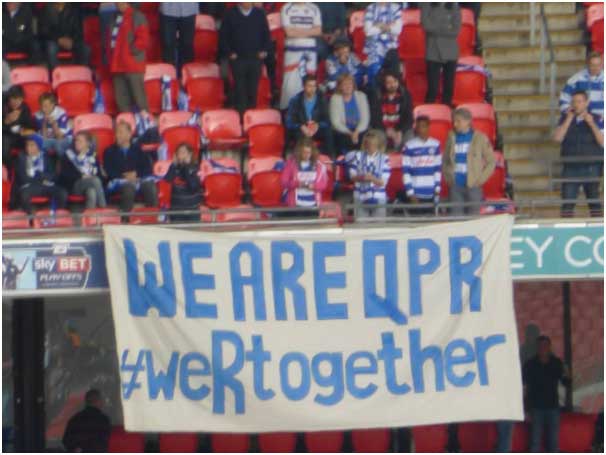 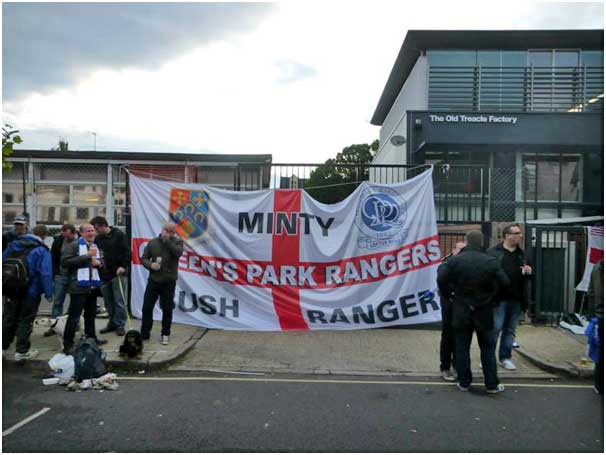 I remember the ‘Minty Bush Ranger’ flag being featured in our 2011 batch.

Thanks again to Martin and well done to the Club.