With a gentle breeze and the sun poking through at the Powerday Stadium, it was Harlow who provided the initial goal attempts of the afternoon.

Firstly, following a throw-in, the ball looked as if it was going to sneak in the net, but ended up wide and the second effort also evaded the target.

But Rangers began to grow into the game. After Mel Hall was fouled, Brogan Moore’s long-range free kick went just over the crossbar. 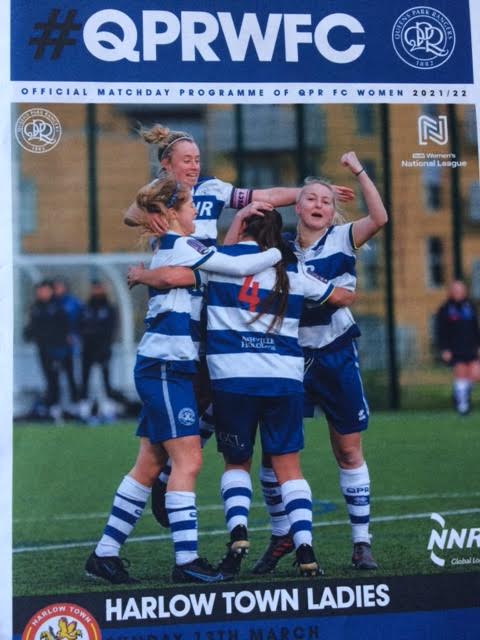 The R’s made a good start to the second-half. Ellie Searle took off at speed down the left-wing on a couple of occasions, but it didn’t lead to any goalscoring opportunities.

At the other end, Lucie White faced an opponent one-on-one and did really well to get enough contact on the ball to avert the danger.

Rangers had the ball in the net on the hour mark after Ellie Searle’s effort dipped over the keeper. The lino’s flag went up, then down, the two officials eventually agreed that there had been a player offside in the build-up.

On 64 minutes, Steve Quashie brought on Katie Akerman at the expense of Ellen Wardlaw.

QPR took the lead two minutes later, following good run down the left-flank. Mel Hall, from a position just outside the six-yard box, lost her marker and then wrapped her foot round the ball and fired it into the corner of the net.

Rangers doubled their lead after around 75 minutes. As the Harlow keeper advanced to deal with a through-ball, she ended up colliding with Brogan Moore in the box. The ball then ran free and Laura Hennessy was on hand to slot it home.

Billie Brooks pulled a goal back for the visitors with a 25-yard free kick in the 93rd minute.

There was still time for the R’s to add a third goal after Ellie Searle had bombed down the wing. She then squared the ball into the box for an unmarked Jessica Francis-Weir to tap home. I believe that was her  QPR home debut.

It became evident that a Harlow player had become unwell earlier in the half and unfortunately, she had to leave the Stadium in an ambulance. Best wishes to her and I hope she was able to quickly recover.