A recent match programme reported that the actor Nicholas Donnelly, had sadly passed away in early January.

I was aware that he had appeared in the popular TV drama, ‘Dixon of Dock Green’ but I didn’t know that he was also a lifelong R’s fan.

Nick was born in 1938 and grew up in Notting Hill/North Kensington. The family were bombed out twice during the Blitz and on one occasion it was reported that he had to be dug out of the rubble!

He went on to attend Cardinal Vaughan Grammar School in Holland Park.

Nick met his future wife, Alrin, whilst doing his National Service in the late 1950’s.

In 1958 he appeared in ‘Carry On Sergeant’ and a couple ofyears later he joined the cast of ‘Dixon of Dock Green’. He went on to appear in around 200 episodes. 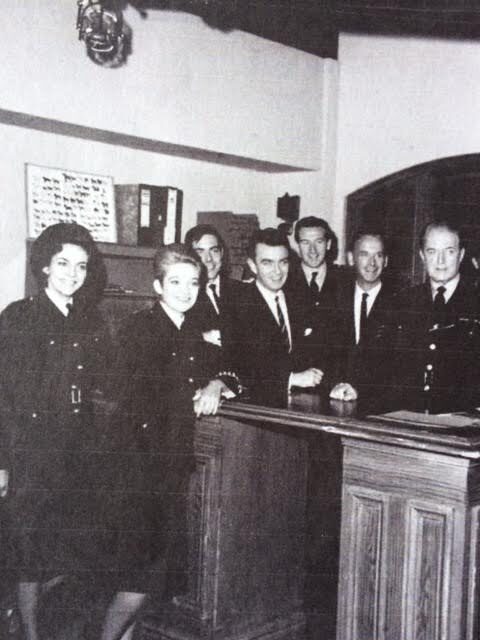 Another of his well-known roles was as the teacher, Mr McKenzie in ‘Grange Hill’ and other TV credits included: ‘The Saint’, ‘Angels’ and ‘The Bill’.

The match programme reported that Nick would regularly take his younger brother Martin to games, as well as his two sons, James and Barry, to cheer on the R’s.

Martin recalled: “Once on the terraces he was spotted and the whole School End started whistling ‘An Ordinary Copper’, the theme from ‘Dixon of Dock Green’.

“One of my great regrets is that he had a League Cup final ticket for me in 1967 but I was somewhere else when he called around!”

“The last result he would have heard was the R’s getting into the 4th round of the Cup.”

Nick retired to Hastings in 1993 where he became a lay minister at his local Catholic Church.

He sadly passed away in his sleep on 9th January, aged 83.

My Condolences to the family.