The sad news that Brian Nicholas had passed away was reported in a recent match programme. It was noted elsewhere that he had died in October, aged 88.

Brian was born in the Welsh mining village of Cwmaman, near Aberdare, on 20th April 1933. When he was aged four-years-old, the family moved to Slough.

Although Welsh-born, he became an England Schoolboy international in 1948 and joined the ranks of the QPR Juniors.

Aged just 16, Brian made his first team debut in a Division 2 match against Leeds United on 7th May 1949 and turned professional the following year. 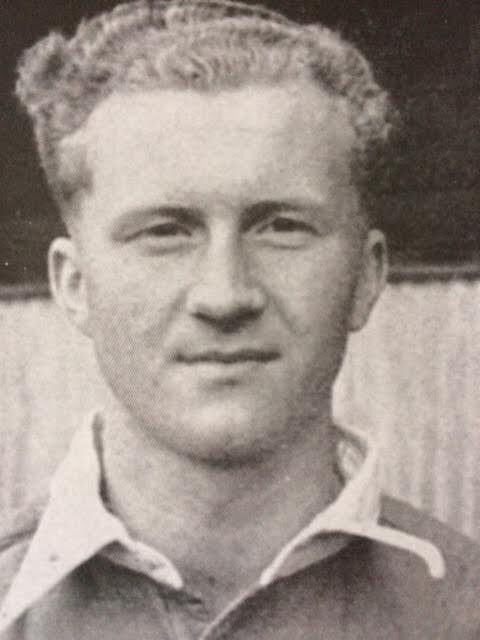 In 1951 QPR accepted an invitation from the FA to send a Youth Team to take part in the Walter BensemannInternational Youth Tournament at Karlsruhe in Germany. Brian was part of the group of 15 players and captained the side.

The other competing Clubs were from; Switzerland, Austria, France, Bavaria and Karlsruhe.

Rangers went on to win their final game 2-0 against Bavaria Munich, which was played immediately before a German First Division match in front of a capacity crowd of 33,000. They were presented with the trophy by Dr. Schrieker, the secretary of FIFA.

He scored the first of his two QPR goals on 1st January 1952 against Blackburn Rovers. His other goal came during December of the same year against Bournemouth.

Two-down at Bournemouth in August 1954, Brian took over in goal after an injury to Harry Brown. The R’s went on to get a 2-2- draw.

Harry Brown was knocked out during the game at Bristol City in November 1954 and Brian donned the keeper’s jersey during his near-twenty-minute absence. The match finished all-square at one-each.

Two days later, Rangers travelled to Highbury for the second FA Cup replay against Walthamstow Avenue. As Harry Brown and Stan Gullan were both injured, Alan Silver was brought in. Silver sprained his ankle and the R’s lost 0-4!

Torquay United were next up five days later and Brian actually started in goal. Rangers won the match 4-2.

Coventry City signed him in February 1958 and he later moved on to non-league Rugby Town. This was followed by a spell as player-manager at Hinckley Town.

Upon his retirement away from football, Brian worked at the Massey Ferguson factory in Coventry and became a regular visitor to Highfield Road.

On a trip to Coventry in 2010, I got to see Brian when he was introduced to the crowd at half-time. They surprisingly got his name wrong at first, but when they added that he was also ex-Rangers, I realised who it was.

Brian Nicholas – May he Rest in Peace.