A couple of months ago, Bill in Harrow phoned BBC Radio London to contribute to Robert Elms’ excellent ‘Notes & Queries’. He told Robert what he knew about the time his wife’s step-grandad climbed Nelson’s Column.

The following article appeared in the local press on 19th April 1946:

‘People at Trafalgar Square on Saturday could have observed a man climb Nelson’s Column, but few did so. It took him 20 minutes to reach the platform on which Nelson stands.

When he reached the ground again he was arrested and later charged at Cannon Row Police Station with being drunk and disorderly. The man was 42-year-old Henry Taylor of Greenside Road, Shepherd’s Bush.

When he left the police station he told a reporter: “I am used to climbing, and it has always been my intention to have a look at the admiral. I wanted to see whether he really did have a blind eye.”

“I had not planned anything, but in Trafalgar Square, when I looked up at him on his perch, I decided it was now or never.” Taylor is a stoker at the Athenaeum Club. 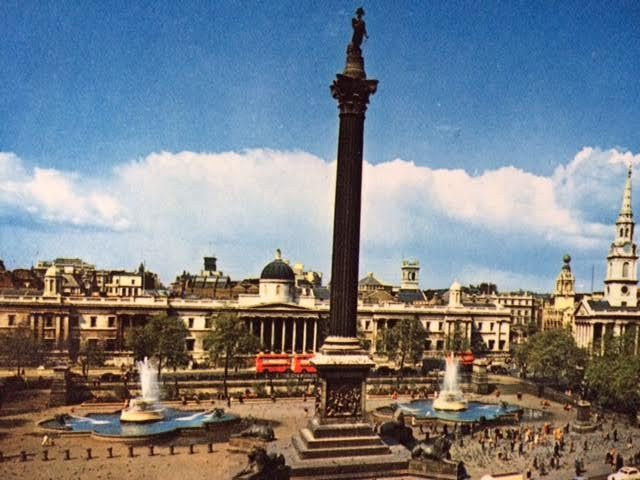 During the War he served with the Merchant Navy in the Royal Sovereign, the Royal Daffodil and the Archangel. He took part in the evacuations of Dunkirk and the Channel Islands, and at Dunkirk he won a life-saving badge for picking up swimming soldiers.

In 1940 he was torpedoed in the North Atlantic and spent 50 hours in an open boat. In the Merchant Navy he was a quartermaster but transferred to the Royal Navy as an Able Seaman, serving most of his duties in the crow’s nest.

“That’s where I learned to climb,” he said.

At Bow Street on Monday, Taylor was charged with disorderly behaviour whilst drunk. Taylor admitted the charge.

A police constable, when asked by Mr Harold McKenna, the Magistrate, to tell him the nature of the disorder, he replied: “He climbed Nelson’s Column, sir.”

Mr McKenna (to Taylor): “Is there anything you want to say?”

Taylor: “I just had the ambition to climb the column and thought I would go and look around.”

When Taylor left the dock, he was met by a well-dressed middle-aged man, who shook him by the hand. Then, taking out his wallet, he paid Taylor’s fine, remarking: “You did a thing I always wanted to do myself and I congratulate you.”’

Apparently, he had reached the top by using ladders already placed against the column by steeplejacks who were cleaning the monument.

He told a reporter: “I spent a little time at the top looking down at the crowd below, but it never occurred to me that I was the cause of the crowd.”

What a great character! I wonder if he was also a Rangers fan?