Steve Quashie’s side had recorded both a win and a defeat in their previous two matches on the road. Namely, a 3-1 victory in Kent, which was then followed by a midweek defeat at Rectory Park against the Actonians. 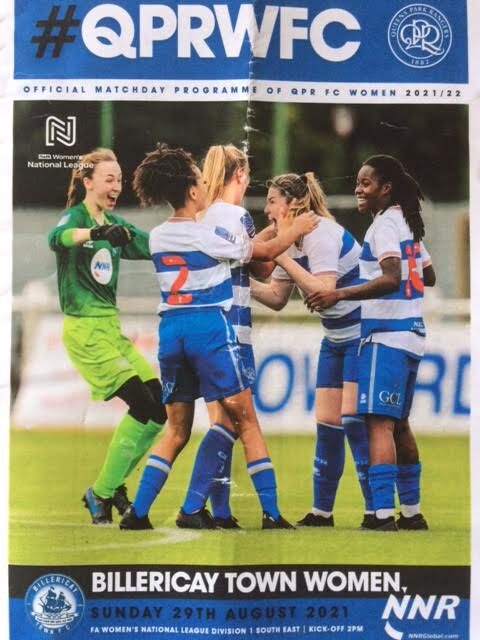 A tough game was anticipated at the Powerday Stadium against Billericay Town and within a few minutes the league leaders went ahead. It came from a mis-hit ball which reached a team mate on the left flank. The resulting cross into the box found an unmarked Zoe Rushen who then tapped the ball into the net.

And then soon after, Billericay almost doubled their lead with efforts coming off the post and crossbar respectively.

However, despite this initial pressure, the R’s equalised after 15 minutes with their first shot on target. After getting into a good position, Melanie Hall placed her shot wide of the keeper.

Rangers then picked up their game, but it was the Blues who went close to scoring the next goal when an effort from just inside the box hit the corner of the crossbar.

As the R’s looked to take the lead, they created three good goalscoring opportunities. Firstly, an opportune chip was grabbed on the line, then a good strike forced a superb left-handed save from the keeper.

This was followed by Danielle Maloney’s audacious 30-yard effort, but the Blues keeper was well-placed to comfortably hold on to the ball. Half-time: 1-1.

The R’s had finished the half strongly and this continued after the break until the visitors took the lead. A ball into the box wasn’t cleared and Danica Dougal was on hand to finish at the near post.

Later, a shot on the turn forced Katie McLean into making a superb acrobatic save.