Hamilton Academicals travelled to London on Friday 29thJanuary 1937 to take on the R’s the following day. I think that was the first time QPR took on Scottish opposition?

Rangers were scheduled to play Walsall that day, but the Saddlers were at Grimsby Town in the FA Cup.

Interestingly, the Accies were given permission to bring forward their Cup tie against Moorpark to play the match(which they had won convincingly 7-1). 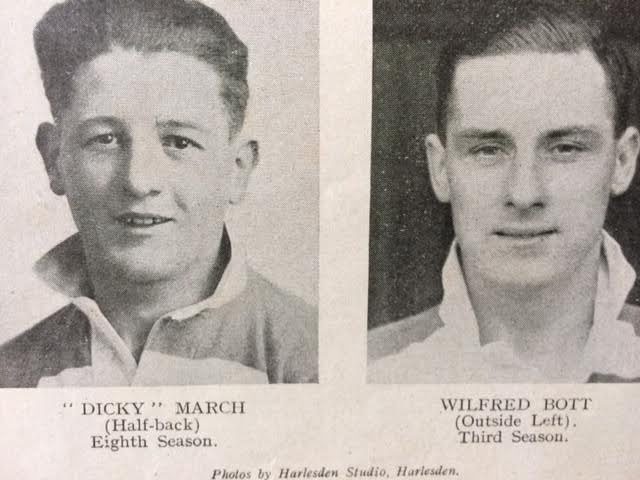 A short report later appeared in the Dundee Courier:

‘The close passing methods of Hamilton Academicals did not suit the holding ground at Loftus Road, and they lost to Queen’s Park Rangers by four goals to one.

Cox and Jarvie worked hard at wing-half for Hamilton, but the forwards were slow in front of goal. Rangers playing fast, open football, always looked dangerous, Swinfen being a strong leader, and Bott a smart outside-right.

Fitzgerald scored for the Rangers in the first-half. Wilson equalised after the interval, but Swinfen added three good goals for the home team.’

The Accies were formed in 1874 by the Rector and pupils of Hamilton Academy. They went on to join the Scottish Football League in 1897.

It wasn’t until 1951 that the R’s took on Scottish opposition again.