‘QPR boss Ray Wilkins was talking about Europe after a 68th-minute goal from Les Ferdinand kept the bandwagon rolling.

A team fighting against relegation a few short weeks ago have surged up the table to make Europe a distinct dream for the first time in 11 years.

Ferdinand kept the dream alive with his 21st goal of the season. He scored from close-range with a left-foot shot after Trevor Sinclair carved out the opening.

And that proved too much for an Ipswich team virtually doomed to relegation. 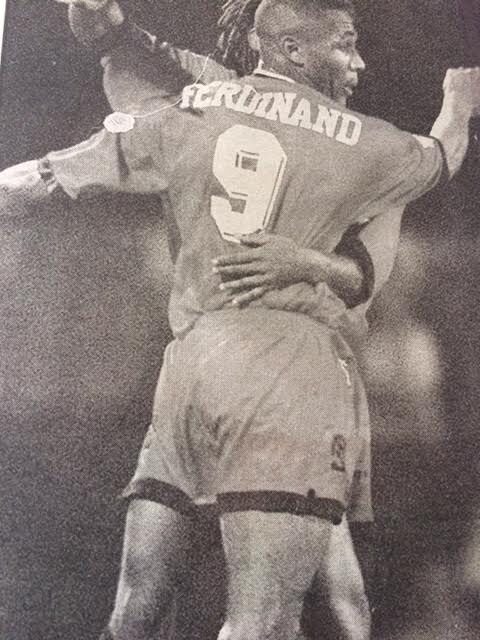 Rangers have lost only two of their last 12 games, but manager Ray Wilkins admitted: “It was not exactly our most inspiring performance of the season. But it’s a game we would have lost a few weeks ago, so the lads deserve credit for showing resilience.”

“It’s lovely to hear people talking about Europe after what we went through earlier in the season.”

“We need to win all our remaining games and hope the others slip up for it to happen. But if it does, the lads will have deserved it, for they have worked really hard to turn things around.”

“Confidence is high after our recent run, so are the standards we have set. Despite this win, the lads are disappointed with their performance, and that’s good.”

If Kevin Gallen had shown his usual sharpness in and around the box, Rangers would have made sure of victory a lot earlier. He had three chances that he would have normally made more of but allowed all three to slip away and was replaced by Gary Penrice early in the second-half.

“Kevin looked tired. He’s only 19, it’s been a tough first-season in the Premier League for him and it all caught up with him. Although he’s a fit young lad it is a mental strain,” said Wilkins.
Rangers seemed content to stroll for much of the game. But it’s been a long, hard season and now the pressure is off they can be excused for that.

Ipswich, by comparison, can’t wait for a nightmare of a season to come to an end. Their only threat came from Ian Marshall, who clipped the bar with one header and saw another headed off the line.

He was unlucky not to have ended a bleak run that has seen Ipswich fail to score in more than ten hours of football.’

Unfortunately, the R’s went on to lose their next three games.