Last month we heard the very sad news that Johnny Gibbons had passed away. It was believed that 95-year-old Johnny had been QPR’s oldest living former player.

Johnny was born in Charlton on 8th April 1925 and he began his football career with the Charlton Rovers youth team.

He joined the army in 1943 and after being demobbed five years later Johnny joined Dartford.

Rangers signed him in December 1947. He made his league debut against West Ham at Loftus Road the following year on 23rd October when he replaced Bert Addinall. 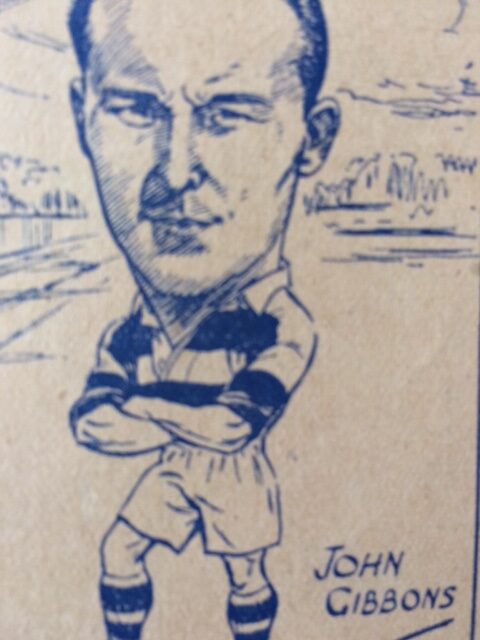 Johnny played in nine league games for the R’s and scored two goals before being transferred to Ipswich Town in May 1949.

Later that year in December Jack Tresadern, the Chelmsford manager, was quoted as saying ahead of the FA Cup tie against the Tractor Boys: “It’s going to be a very hard game. The return of John Gibbons, the ex-Queen’s Park Rangers centre-forward, has, it seems, livened up the Ipswich attack a lot.”

“He is back again (replacing Jennings) after having been out of the game through injury since late September. This Gibbons man is going to take some watching. Leslie Wicks is in for his busiest afternoon of the season.”

“Gibbons is the constructive type. He may turn out to be the man of the match – from the Ipswich viewpoint.”

Johnny later spent three seasons at Tottenham Hotspur and then he moved on to Gravesend & Northfleet in 1953.

In his first season he was the club’s top scorer with around 28 goals. Johnny went on to make 130 appearances and in total he scored 48 goals before returning to Dartford where he finished his career.

One thought on “In Memory of Johnny Gibbons”