This 1953 newspaper cutting is from a National Daily Newspaper. I think it appeared around Christmas time.

And when Norman gave his act, Richard bounced up and down on his bed and laughed so much, his pyjama trousers came down! He was standing between two little girls too. TV cameras hurriedly swung their cameras away. 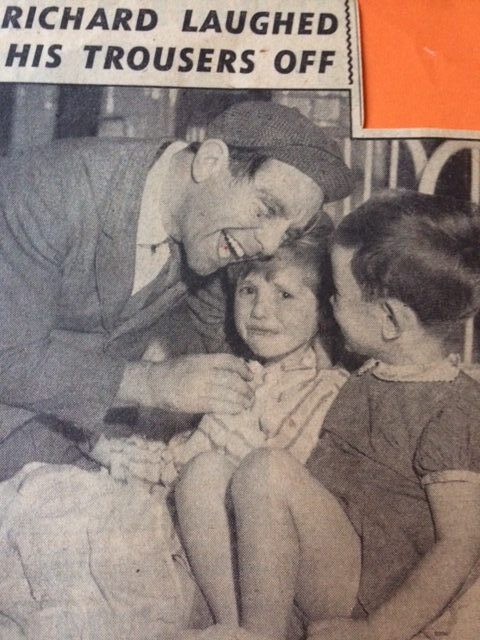 The audience was as much in the limelight as the stars during the programme. But its reaction was unpredictable.

Eight-year-old Brian Norrington, for instance, refused to sit up and take notice of the acts – worth £5,000 a week on the stage. Even when conjurer Gil Leaney did one of his cleverest tricks at the foot of the cot, Brian merely opened one eye for a few seconds, then went back to sleep.

Then bouncing, furry pantomime cat Al Stevens was greeted by tears and yells. But Al showed he was a cat who could eat ice-creams, jellies and eclairs. Soon the children loosened their holds on nurses’ necks and laughed.

Last hitch was the little boy who thought he had been struck deaf when funny man Peter Butterworth did a bit of a mime show.

But they all finished up happy, including the little boy who slept through it all.’