The 1971 London Five-a-Side Championship was held at the Empire Pool, Wembley, on Wednesday, 5th May.

The QPR squad was made up of: Phil Parkes, Dave Clement, Terry Venables, Gerry Francis, Rodney Marsh and Ronnie Hunt.

Eight of the sides were involved in the Preliminary Round; Palace beat Brentford 4-0 and there were wins for Chelsea, West Ham and Tottenham.

In Round One, Rangers beat Arsenal 1-0 and Palace knocked out Chelsea. Also going through to the semi-finals were West Ham and Fulham.

QPR beat Fulham 1-0 in the semi-final and meeting them in the final were the previous year’s winners, West Ham,following their 3-0 win over Crystal Palace. 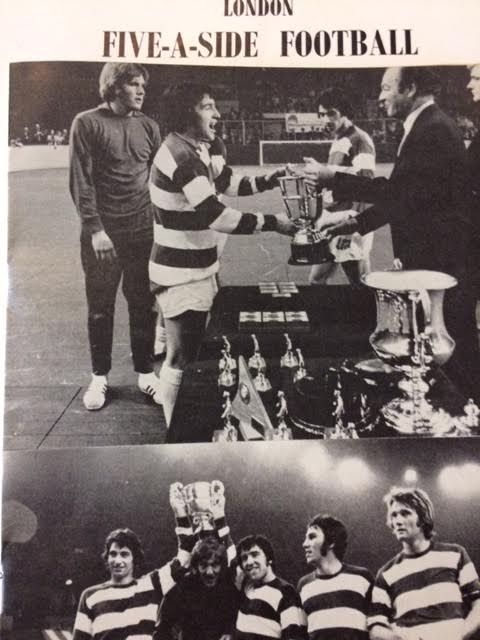 A Dave Clement goal was enough for the R’s to lift the trophy.