After knocking out Barry Town and Ashford Town, QPR then travelled to Turf Moor on 6th January 1962 to take on Burnley in the FA Cup Third Round.

Bill Ward wrote the following article, which appeared in the Daily Herald on the morning of the match:

‘Bill Hooper, the official who runs Queen’s Park Rangers Pools scheme, flew to Burnley this morning on today’s strangest Cup mission – with a pair of shorts!

The panic started with a phone call from St. Pancras to the ground yesterday morning from Rangers’ goalkeeper Ray Drinkwater, on the way North with the rest of the team.

“Where’s my lucky shorts? They’ve been left out of the skip.” 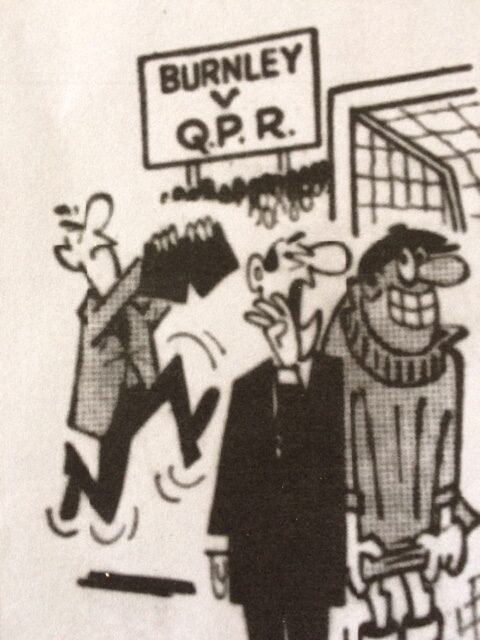 Secretary John Smith told me last night: “Ray regards them as his mascot. He won’t play without them. They’re black, though the rest wear white, and specially padded for the hard grounds.”

“He started wearing them around the time we played Ashford in the second round. He had an inspired game against them – we won 3-0 – and he’s worn them every game since.”

‘He’s only let in three goals or so in our last five matches.”

It was all in vain unfortunately as the Rangers lost the tie 1-6! Maybe Ray dispensed with them the following Saturday after the R’s had been defeated 1-4 at Portsmouth?