Luton Town return to Loftus Road on Saturday after an absence of twelve years.

‘Substitute Don Rogers, the butt of the fans when he came on, scored the 83rd minute winner that kept the spectre of relegation facing Luton and boosted Rangers’ hopes of a place in Europe next season.

Luton to go down? Manager Harry Haslam wasn’t having any of that pessimism. “Hope isn’t lost,” he said. “Arsenal and Spurs lost and are still in trouble with us.”

“It’s going to be tight. We have to play Spurs, Arsenal, Leicester and Carlisle in our remaining games.”

“It will be dog eat dog. Mind you, I thought we did enough against Rangers to get a draw and pull a point nearer those above us.”

Luton travelled home up the M1 pointless because of Rangers’ late goal – but also with these words of comfort from Rangers boss Dave Sexton ringing in their ears: “They won’t go down if they play like this,” he said.

The turning point was the substitution of Rogers when Dave Thomas went off with a groin injury midway through the second-half.

Don Rogers took time to settle. Then, with seven minutes to go, he collected a Stan Bowles pass in what looked to me like an offside position, cut inside and hit a left foot lob that went over Graham Horn for a spectacular winner. 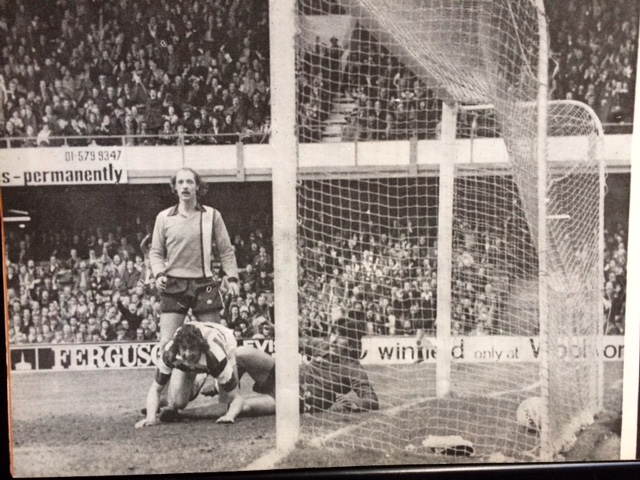 Don Givens was another in keeping his former club in relegation trouble. The Eire international Rangers player scrambled his side ahead after 38 minutes when Horn only partially stopped a header from man-of-the-match Dave Webb, following a Don Masson free kick on the left. This was his 19th goal of the season, but he could have had at least a hat-trick.

Givens fluffed his kick from close range when Dave Clement set up a good-looking chance early on. And Horn saved another shot when the persevering Givens burst clear.

Rangers minus injured skipper Gerry Francis – who hopes to make a come-back in a testimonial at Brighton tomorrow – had Ian Gillard in trouble with a twisted ankle in addition to losing Thomas in his 100th game for the club.

And though they may have finished the day as London’s top team, they won’t want to remember this scrappy performance.

They had chances – John Ryan spectacularly saved on the goal-line from Gillard’s header – but their finishing left much to be desired. 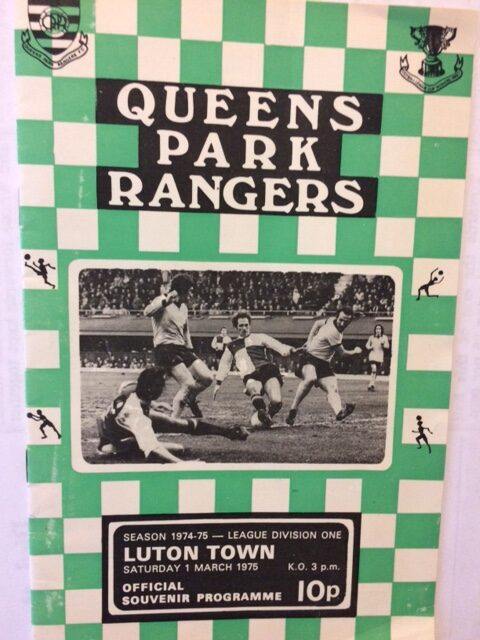 Former Australian World Cup striker Adrian Alston – back in the side for the first time since the autumn – beat Phil Parkes with a shot from John Aston’s cross.’

Luton did end up in the bottom three as did Carlisle United and Chelsea, whilst the R’s finished in 11th position as London’s top side.