I kicked off this series in September 2017 and No. 4 once again features Mark Lazarus.

The pic comes from the local Gazette and must date from the first week of March 1962. 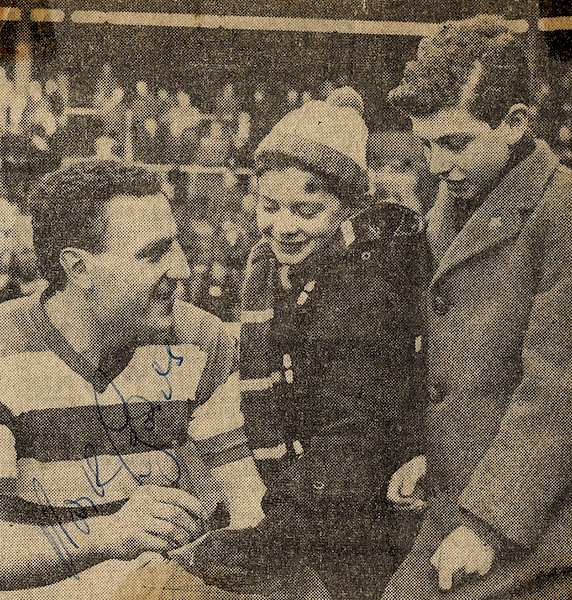 .
The caption reads: ‘It was a wonderful welcome back for Mark Lazarus at Loftus-road on Saturday after a four months’ stay at Wolverhampton.

Mark was obviously happy to be back so were his fans judging from the picture of him signing autographs for two young QPR supporters – Jonathan Abraham, aged seven, and 11-year-old Lionel Rosenthal.’

In January 1964 Mark was involved in a £8,000 cash/exchange deal with Brentford, which saw George McLeod arrive at Loftus Road.