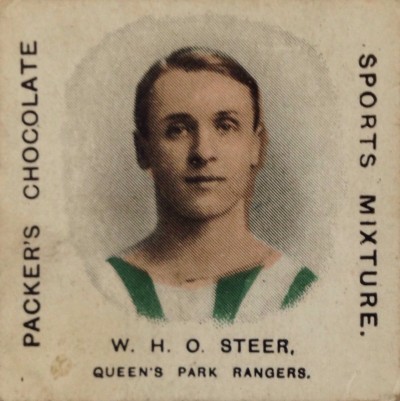 QPR signed him from Kingston Town in 1909 and he made his debut on 1st September at the Park Royal Stadium against Watford.

He won six England Amateur caps, (scoring eight goals, including four in the 10-1 win over France in 1910), whilst with the Rangers.

William made 76 appearances and scored 37 goals for QPR before being transferred to Chelsea in 1912.

Steer later moved to Newry County, continued to play throughout the War and retired in 1918.