On the night of September 4th 1940, Hitler, in his speech at the Berlin Sportpalast stated amongst the cheers of the partisan audience: “…the people in Britain ask, but why doesn’t he come?” And Hitler gave his reply: “Calm yourselves, be calm, for he is coming!”

At the meeting on August 30th with Goring, Hitler stated that he had decided that he would withdraw his ban on the bombing of London and showed that he was now keen on regular attacks on the British capital in retaliation for the consistent attacks on Berlin.

On 7th September 1940 the following was happening across the English Channel:-

1400hrs:
Across the Channel, Goring and his party of invited guests started to take their positions on the cliff edge. Everyone is relaxed, talking and smiling with a sort of waiting in anticipation. It looked like a picnic day for the rich.

Suddenly, in the distance the dull drone of engines could be heard, it was coming from the south. Shortly, the same sounds could be heard from the north, an eerie sort of sound yet you could not see anything.

After about ten minutes, one of the Majors called and pointed to the south. The first of the huge formations could just barely be seen over the high ground behind them.

All eyes were at straining point, some members of the Party were on tip-toes stretching their necks to get the first glimpses of the great armada of bombers that were soon to fill the sky.

1420hrs:
As hundreds of bombers formed a sheet of black cross-like figures in the sky above, the smile on Goring’s face went from cheek to cheek, he excitedly placed his hands on a Major’s shoulder and shook it, and pointing towards the mass of aircraft high above. The noise was deafening. Later on the English coast this was happening:-

1615hrs:
The huge armada of German aircraft was now over the coast and within the range of the Observer Corps posts. They report in to the Maidstone HQ that: “Enemy sighted, 100 plus, 20,000” within moments, they would lift the telephone again: “Further to my last report…make that 200 plus,” and so it continued.

In reality, a total of some 1,100 aircraft were crossing the English coastline consisting of 300 medium-heavy bombers, 200 bf110s with bomb loads and about 600 bf109s flying as escorts.

Meanwhile all over London Regional football matches were about to start at 3pm.

It was a bright late Summer’s day, as just before 3pm, a collection of R’s players trotted out of the old Ellerslie Road Stand to be faced with perfect weather and hopefully a good pitch (not assured in those days!)

They were playing Clapton Orient (later to become Leyton Orient). Little did they, and the sparse crowd of around 1,000, know what would follow.

I say ‘collection’ as the previous week a match was played at Fulham and our star player Dave Mangnall fractured a bone in his left ankle.

Also the R’s were due to play a game on the 14th September at Norwich but this had been called off with Ted Vizard our manager stating: “Only three regulars are available, the remainder being in the Police and cannot get leave or are working in munitions.”

He added: “Even if they went to Norwich they would not be able to get home on time to get in a night shift.”

Such were the problems of wartime football and the Regional games were a compromise form of playing football with no leagues as such.

We played Fulham at Craven Cottage on the opening day of the season and the ‘Liverpool Daily Post’ on the 2nd September stated: “A morning of air raids in the South did not deter the British sporting public from giving their support to the Football League clubs.”

Across London other games started at various grounds including Chelsea, Charlton, Arsenal and West Ham. Unfortunately no reports could be found of the R’s game, but we do know it was recorded as a 3-3 draw and that Wilf Bott scored two of the goals and Alf Ridyard the other.

But, this does not tell the whole story, because, along with games at Chelsea, Arsenal and West Ham, the game was abandoned probably not far from the end of the second-half as bombs were falling in East London and sirens were wailing across London. 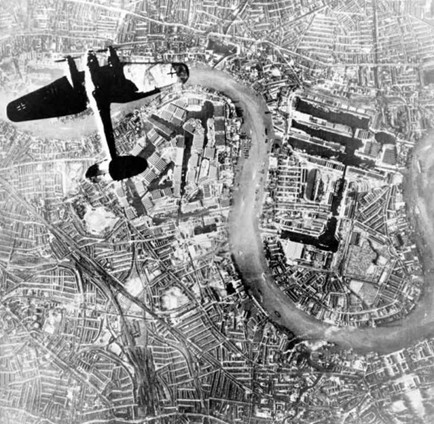 Somewhere in London (probably Charlton, but not stated for secrecy reasons), ‘The People’ newspaper for the 8th September reported:

‘At one football match in the London area despite the thunder of the AA fire and enemy planes, the game was played to a finish. Four thousand people at a football match had a grandstand view of the air battle.

They were so engrossed that they forgot the risk of falling shrapnel and cheered when one plane appeared to have been hit by AA fire and fell in smoke and flames.’

‘The Sunday Pictorial’ of the 8th September under a banner headline ‘CROWDS DEFY NAZI AIR THREAT’ stated the following:-

‘They played football in the war zone yesterday. London area matches ended with Goring’s bombers overhead chased by our fighters and fired at by our AA guns. Players and crowd never turned a hair.

Some matches ended on the sirens but don’t let that worry you. Results stand on the finishing score for League and Pool purposes.’

In the Charlton v Millwall match players began to troop off when they heard the warning. The referee called the players together and told them that there was only a minute to go anyway. The match was then completed.
It ended: Charlton 2 – Millwall 4.

Meanwhile somewhere in London that day three bombs fell on a greyhound track with 6,000 people awaiting the first race. Two bombs fell outside the stadium but one fell on the track. Miraculously nobody was killed or injured. 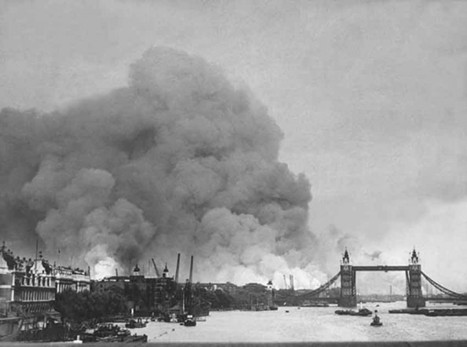 The outcome of the matches played that day, were of secondary importance compared with the loss of life that would follow this start of the Blitz.

In total 43,000 would die and 140,000 would be injured during the weeks that followed. More than a million homes were damaged or destroyed.