Godolphin Road dates back to 1874. It was named after Sir William Godolphin (1634-96), who had left some land for charity and from the accrued rent Godolphin School came into fruition in 1856.
Growing up at No.64 Godolphin Road was Graham Moffatt. Born on 6th December 1919, his father, Frederick, was an ex-soldier and his mother, Daisy Eleanora (nee Whiteside), is described as a toy manufacturer. 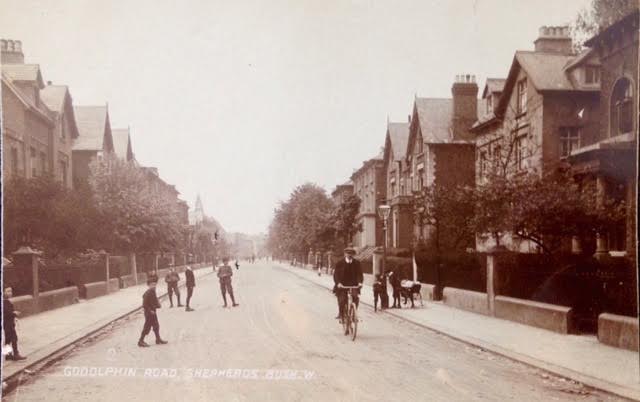 He became a character actor and first appeared, although uncredited, in the 1934 film: ‘A Cup of Kindness’ as a choirboy.
Graham went on to appear in over 40 films up to the early 60’s. He’s probably best known as the character ‘Albert’ in a series of films with Will Hay and Moore Marriott.
The best of these, and a big personal favourite of mine, is the 1937 comedy film: ‘Oh, Mr Porter’.
Will Hay plays ‘William Porter’, a bungling railway worker who somehow become the stationmaster of a remote, run-down railway station at the fictitious Northern Ireland village of Buggleskelly.
Cliddesden Railway Station in Hampshire was actually the location setting and the interior shots were filmed at Gainsborough Studios in Shepherd’s Bush. 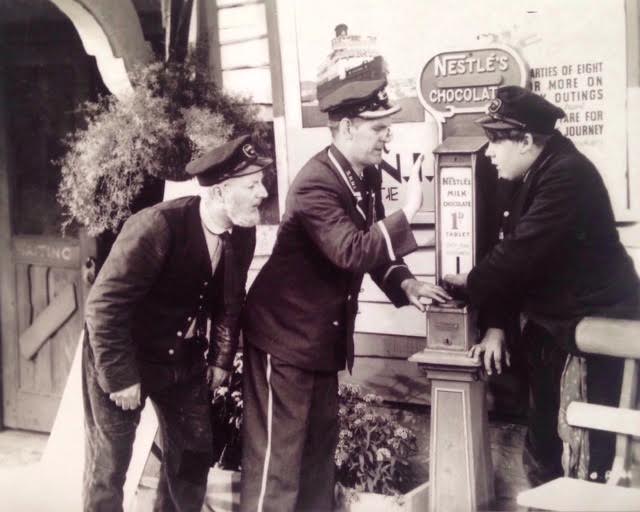 Prior to his semi-retirement from showbiz, Graham is said to have run a pub for a while with his wife Joyce, in the picturesque village of Braybrooke in Leicestershire. He later took on ‘The Englishcombe Inn’, in Bath.
He sadly died from a heart attack in 1965, aged just 45, and his ashes were scattered at sea.
Steve Russell
(The top pic comes from a postcard in my collection and dates back to around the 1900’s. The bottom one was taken from a film still I have)