I have picked up a number of QPR related cuttings recently and amongst them was this b/w pic of a Christine Spiller.

Apparently it appeared in a football magazine in 1966 and the only details are that: ‘Christine Spiller, of South Harrow, is a QPR fan.’ 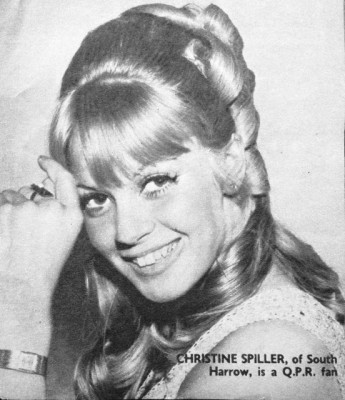 I wonder if there was any particular reason why she was featured in the magazine? Does anyone know her?