On a recent short holiday break in Northern Ireland, I took the opportunity to pay a visit to Billy Hamilton’s Sports Trophy shop. The premises are situated right in the heart of Bangor town centre, located at 4 Bingham Mall, Off Main Street. It’s a specialist trophy and engraving establishment, and quite impressive in my opinion. 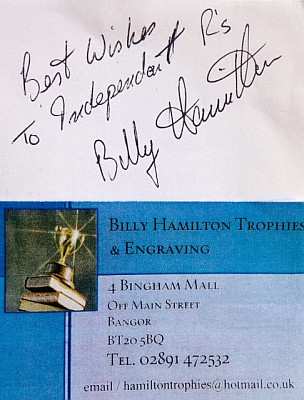 Upon arrival at the shop and after introducing myself as a QPR fan and a member of the Independent R’s, I was warmly greeted by Billy Hamilton who very kindly took time out from his commercial duties to outline a brief history of the shop and have a chat about his playing days at QPR, Burnley and Northern Ireland.

The business was founded by Billy Hamilton in 1996 and then sold on to Alan McDonald circa 2006. Billy took it over again following the sad and untimely death of Macca in 2012. 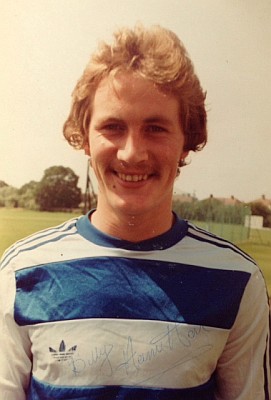 Billy recalled that in the 1978/79 season he was pleased to sign for the R’s despite interest from other clubs, including Derby County.

Also of course not to be forgotten was his Division One League game at Loftus Road on the 16th December 1978 against Manchester City, when Rangers beat City 2-1 and Billy scored both our goals