The caption on the reverse side of the press photo dated 13th February 1981 reads as follows:

‘Mr Derek Lamb, the Queen’s Park Rangers fan who was hit by gravel during a QPR – Bolton match last October. He brought a charge of common assault against Bolton Wanderers footballer Michael Carter, 20, who was today fined ¬£100 for the assault and for threatening behaviour, a charge brought by the police, at Wells Street Magistrates Court in London.’ 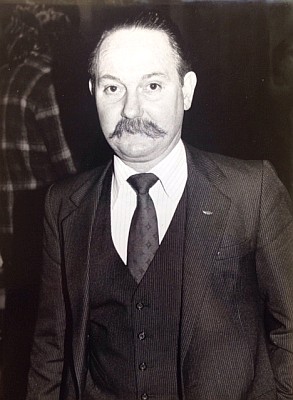 Prior to breaking into Bolton’s first team, Carter had loan spells with Mansfield Town and Swindon. He was transferred to Plymouth Argyle in August 1982 after making 49 appearances for the Trotters. He later moved on to Hereford United.