The proposed Herts Cup match between Hertford and St. Albans on 23rd January 1892 was postponed due to some of the players having the flu.

So, St. Albans invited Queen’s Park Rangers to fill the gap. Rangers arrived at the ground three players short and substitutes had to be found in the ground. Fred Johnstone went in goal and two others started at half-back.

The home side included a T. Smith and a W. Smith, plus a G. and W. Goodliffe, also M. Sharp, J. W. Sharpe and even a E. N. Sharpe! The following match report appeared a week later in the Herts Advertiser:

‘The match against Hertford being called off, St. Albans were visited by the Queen’s Park Rangers on Saturday and a very interesting and exciting game resulted. The visitors came down three men short and substitutes had to be found for them on the ground.

Later on, another of the team turned up and took his place. Of the substitutes Fred Johnstone was the only one who was really good.

The visitors defended the goal nearer Holywell-hill. Upon the kick-off the ball was taken into the Rangers’ territory but was soon sent into the Saints’ half and went uncomfortably near the home sticks. Cox averted the danger by a long kick, which sent the ball well into mid-field.

The Rangers obtained and returned and a behind resulted. E. Sharpe secured and put in a very pretty run and centred, and after some quick play near the Rangers’ goal the ball went behind.

The visitors left got away and went well down the field. Dickerson attempted to relieve but had to concede a corner. A capital centre was made and the ball was headed in, but Greenfield fisted out and J. W. Sharpe relieved by kicking out.

Play continued in the home half and another behind occurred. Then play was taken into the visitors’ half where their backs returned and George Goodliffe securing, ran up the wing and sent in a shot which went behind.

The ball had not long been set in motion again when Biggs obtained right in front of the Rangers’ goal and was stopped by a claim of hands being allowed against him.

The Rangers attacked and Greenfield ran out and then hesitated to kick, and Cox averted what seemed a certain goal by kicking out.

In spite of M. Sharp’s stoppage, the visitors pressed and Tom Smith, to relieve, kicked out. A splendidly placed centre was put in which Ward turned to account for the Rangers? (n.b. Gordon Macey states in his 1999 book that the scorer was Enwright, who isn’t even listed in the above line-up?).

Upon the kick-off the Rangers pressed and Cox relieved. A rush was made upon the home goal and though some misunderstanding between the Saints’ backs, each apparently thinking the other would take the ball, the visitors secured their second goal (scored by Macdonald).

Upon resuming play they were again at the home goal and a behind resulted. Then the Saints woke up and made an incursion into the Rangers’ half and the ball went behind.

Play ensued in midfield for a minute or two till one of the visitors put in a splendid long kick, dropping the ball just under the cross-bar in such a way that it could not be stopped and adding their third goal (scored by Ridout).

At this time Fisher, one of the hitherto absent Rangers put in an appearance and took his place, and a re-arrangement of the home defence was made, and not before it was needed to. Greenfield was sent from goal to centre half-back; Dickerson took his accustomed place between the sticks, and Tom Smith partnered Cox at back.

After this string of reverses the Saints made desperate efforts to avert the threatened defeat and upon the kick-off made straight for their opponents’ goal. Their backs returned and an advance upon the home sticks ensued, and Dickerson had to save. Back the ball went, all the Saints doing their best, and Fred Johnstone had twice to save very difficult shots.

Still pressing, Johnstone had a warm time of it, and was penalised for running with the ball more than three yards. The Rangers packed their goal, and upon the kick being taken one of them headed the ball away, and it was taken out.

Not to be derived, the home team pressed, and Johnstone had to stop shots from all five of the Saints’ forwards, and then W. Goodliffe put in a fast shot which went just over the bar.

The Rangers managed to keep their citadel intact and to raise the siege. Visit was then made to the home half, and Dickerson kicked out. The play soon returned to the visitors’ half, every long kick by the Rangers’ backs being promptly neutralised by Cox or Smith, who returned capitally.

Johnstone saved another shot from W. Goodliffe, and the ball was sent behind. J. W. Sharpe missed a shot in front of goal through delaying too long, and the visitors broke away and compelled Dickerson to throw out, while Cox also saved.

The Goodliffe’s again kept Johnstone busy, and a couple of corners fell to the home team, but nothing resulted, and half-time arrived with the score at three to nil in favour of the Queen’s Park Rangers.

Upon changing ends the home team attacked and George Goodliffe shot over. About two minutes afterwards W. Goodliffe made a good run and sent in a shot which Johnstone could not stop, but the point was disallowed for offside.

Upon starting, the Goodliffe’s obtained again and by skilful passing took the ball well into the Rangers’ quarters and W. Goodliffe centred. J. W. Sharpe secured and sent a good shot which Johnstone returned and Sharpe again securing, sent in another shot which went through.

Give and take play followed, and then Dickerson failed to negotiate an easy shot, letting the ball go through his hands and between his knees, (QPR’s fourth goal was scored by Ward). 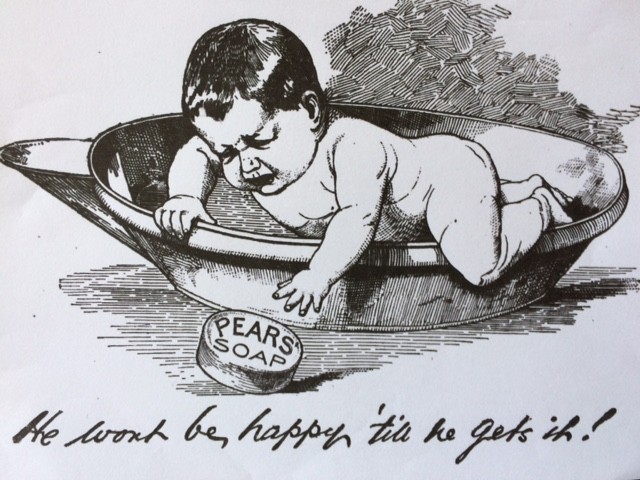 Soon afterwards he again had to throw out, and then play was taken by the Saints’ forwards to the Rangers’ half, where it stayed almost entirely for the rest of the game.

A corner was obtained, and the ball was kicked behind. Two or three shots were sent in at their goal, but none went through. E. Sharpe was charged over, and lost the ball so claimed a foul, but Mr Gentle properly enough did not allow the claim.

Both the Goodliffe’s had shots at goal, but neither managed to send through, mainly owing to the excellent play of the Rangers and the packing of the goal.

The Rangers transferred the play to midfield where Bigge obtained and made a splendid run, W. Goodliffe keeping the men off him well, and centred, and what seemed a certain goal was lost by a claim of hands against one of the home team.

The Saints kept up the pressure, and shots were sent in from all directions, hitting the uprights, crossbar, and going just outside, but none going through. Johnstone had to save three or four.

At last the Rangers found themselves in the home half and Dickerson saved, but conceded a corner. Nothing came of it, and the Goodliffe’s once more transferred the scene of play and enabled Bigge to send in a shot which hit the post.

Corners first on one side and then on the other followed rapidly, but all were unaffective, the ball frequently being sent behind the goal line, Bigge again sent the ball against the post, one of the Goodliffe’s did the same, J. W. Sharpe sent in a shot which failed to score, and ultimately the game ended; Queen’s Park Rangers…4 goals – St. Albans…1 goal.’

The following week QPR took on Old St. Stephen’s in another friendly match.

(Thanks to Colin Woodley for sending me the newspaper report and the 1889 advert from the Kilburn Times. Confirmation of QPR’s scorers was obtained from Gordon Macey’s 1999 book)