The pic shown below was taken from a local newspaper and loaned to me by Keith Davies.

It must date from around 1963 and shows Stuart Leary and Peter Angell signing a football. Both players have signed Keith’s pic. 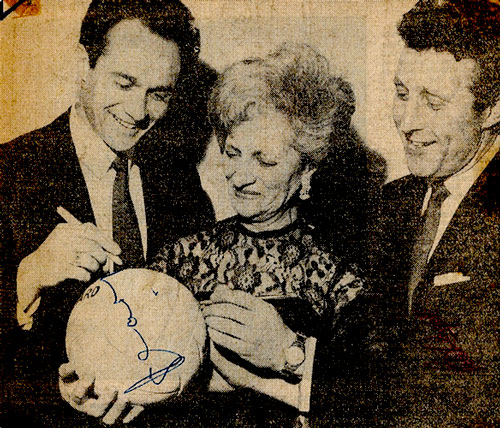 Peter Angell was signed from Slough Town in 1953 and went on to make 457 appearances for the R’s, scoring 40 goals.

Can anyone identify the Rangers fan?