The R’s took on Raith Rovers for the first time on 1st August 1968. A match report appeared in the Aberdeen Press & Journal the following day:

‘In an atmosphere more in keeping with a casual Sunday afternoon match than a glamorous friendly, Queen’s Park Rangers won quite comfortably at Kirkaldy.

With a brand of calculated aggression, which was too much for a courageous Raith side, they showed why they have jumped from the English Third Division to Division One, collecting the English League Cup on the way.

Rangers managed to win without their star forward, Rodney Marsh, who had to go to hospital after contributing only one scintillating move to the evening’s entertainment. His injury turned out to be a broken bone in his foot, which was put in plaster. 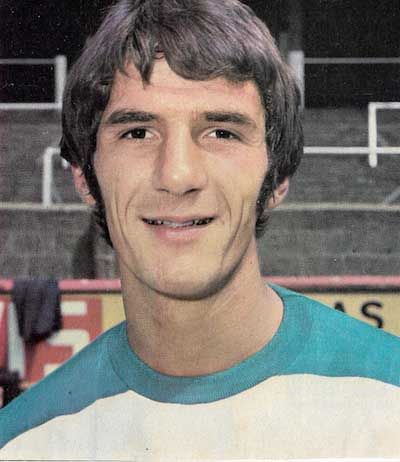 Even without Marsh the menace of centre-forward Clarke and wingers Ian and Roger Morgan was too much for the Raith defence, although Stein and Polland gave all they had.

For Raith, wee inside-forward George Falconer outshone Scotland’s player of the year, Gordon Wallace. Falconer showed great speed and tenacity, and will be a menace to First Division defences this season.

Appropriately it was Falconer who brought Raith fans their one and only moment of joy five minutes after the start of the second-half, when he scored from the penalty spot after being brought down by Hunt.

In the first-half Queen’s Park Rangers had established a comfortable lead, thanks to goals by Clarke in 19 minutes and Ian Morgan three minutes from the interval – and it was a lead they never looked likely to lose.

Two minutes from time inside-right Leach made the score 3-1.

The R’s went on to play Dundee two days later.