A trialist at No.5 and another change in goal. There had been three others in recent matches; Max Little, Joe Walsh and Josh Roach (a trialist), respectively.

The Hornets started the stronger of the two sides. KwadwoBaah went on a run down the right-wing and got close to the bye-line, which resulted with the ball hitting Dillon Barnes’ legs and going behind for a corner.

Baah was involved in Watford’s next goalscoring opportunity when his shot was headed away by Trent Mahorn, who was positioned right in front of the R’s keeper.

The away side continued to create good chances, but after 35 minutes or so, Taylor-Crossdale took control of the ball outside the box, rode one challenge, twisted into the area but his shot was stopped by Vincent Angelini’s legs.

The rain began to fall, relatively light initially, but it was to increase to monsoon levels very soon!

The latter part of the 1st half proved to be a productive one for the R’s. Jake Frailing had an effort deflected for a corner and then Mema took on a defender, but his shot was fired directly at Angelini and the ball came off his gloves.

Raheem Conte forced a very good save from the Watford keeper when he managed to tip his powerful shot over the crossbar.

Then Woodman almost connected with Jake Frailing’sexcellent corner, but at half-time the score remained at 0-0. 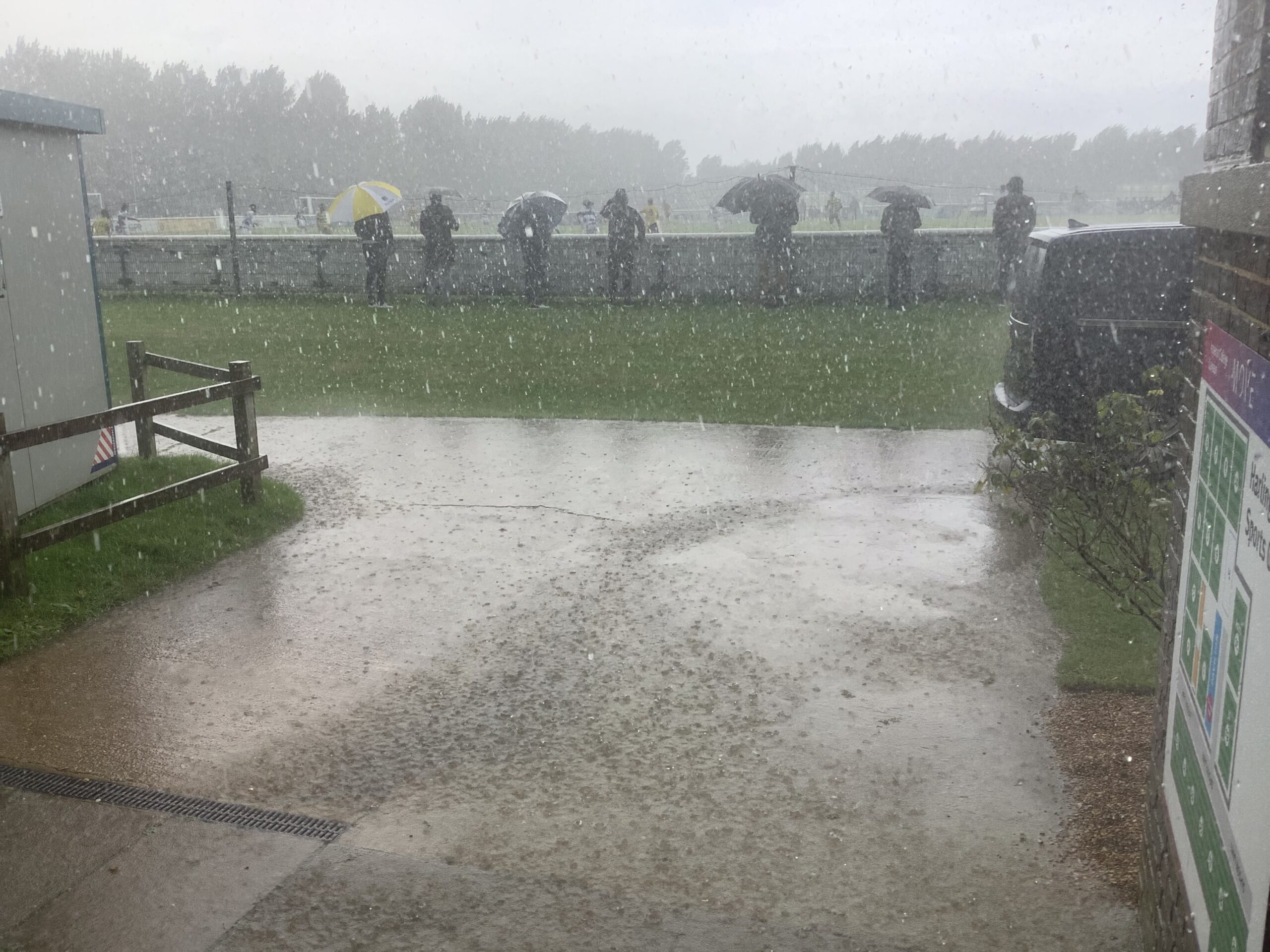 The heavens had opened up and I tried to take refuge under a tree, but it provided very little shelter!

However, the second-half did get underway. Playing conditions were very difficult as was trying to follow the game.

Joseph Ajose moved in from the wing and the Hornets keeper palmed away his shot for a corner. A second change was made when the R’s captain, Trent Mahorn, made way for Mason McLean.

Substitute Henry Wise was fortunate to only receive a booking after Jake Frailing connected with his elbow.

In the closing stages, Brandon Aveiro replaced the R’s No.10, who I must say, had a very good game.

(Thanks to Chris Hewitt for sending me the above photo)