Robert Elms summed up the sound of the Goldborns perfectly recently: “They have a sound, that for me, really does capture that bit of kinda of rather vanishing working-class West London, from Ladbroke Grove, Golborne Road and the Trellick Tower. Their sound is a mix for me of all these elements.”

Their long awaited second EP: ‘Broken Homes’ (Live from the Bunker), was released last month. Was it really over two years ago since their debut EP, ‘Don’t Look Away’ hit the streets!

‘Broken Homes’ was recorded live at Mick Jones’ studio. All the tracks were written, composed, mixed, produced and engineered by the band. Additional lyrics on the track, ‘Dead Town’ were written and performed by Lee Scratch Perry. 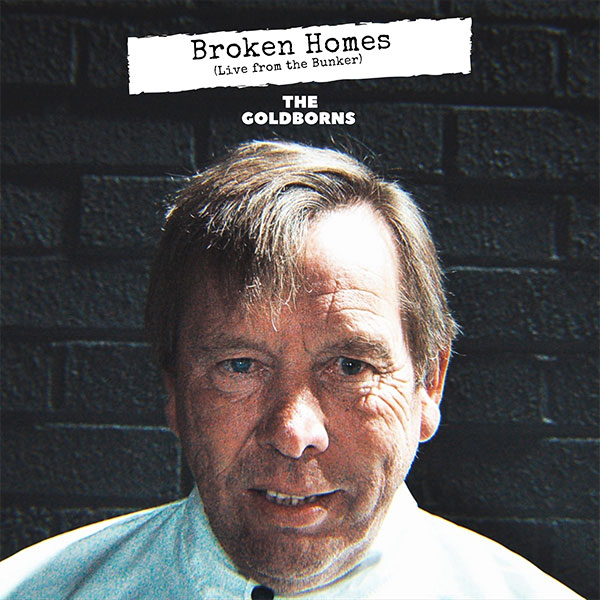 They even did the artwork themselves. The cover features legendary R’s fan Kenny Swindells and the third track: ‘West London Boy’ must have been inspired by him.

Ahead of the release, the band kindly sent me a promo CD, which included a bonus track featuring Mick Jones.

I purchased my CD copy from Rough Trade Records and it’s also available to stream and download on Spotify and Apple Music.

Hopefully their next live gig won’t be too long now. It’s been over a year since ‘International Clash Day’, when they performed at the Maxilla Hall in Latimer Road.