Steve Still wrote the following article, which appeared in the local Gazette on 22nd December 2006:

‘The historic Hammersmith Palais dance hall looks set to be the latest London music venue to be demolished.

The Marquee is long gone and the 2,000 capacity Astoria in Charing Cross Road, which has been sold by the owners, could be turned into shops or a station link for the Crossrail West train ink.

The Hammersmith Palais was opened in 1919 and was originally named the Palais de Dance and was an early European Jazz centre.

But the site in Shepherd’s Bush Road, which passed into Rock folklore when Punk Rockers ‘The Clash’ named their song, ‘(White Man) in Hammersmith Palais’ after it, has been the subject of a planning application.

The venue was originally hugely popular with Jazz fans and became known for its stylish décor, giant ballroom and live bands. It briefly became home to New Orleans Jazz originators, ‘The Original Dixieland Jazz Band’, but later became a hotspot for Swing and Be-Bop in the 40’s and 50’s.

By the 70’s, the floor was shaking to modern sounds with Punk Rock, Ska and Reggae bands playing regularly. The 80’s and 90’s saw many of the biggest British bands headlining there with appearances by ‘The Police’, ‘U2’, ‘Primal Scream’, ‘Oasis’ and Ian Brown of the ‘Stone Roses’.

Australian Pop Singer, Kylie Minogue, made her first live UK appearance at the venue in 1989. Controversial Heavy Metal band ‘Slipknot’ forced the Palais to revert to a dance music venue after attempting to set fire to it during a live performance in 2000.

It now hosts events like the 80’s night, School Disco and also some Rock concerts and award ceremonies, including one for the New Musical Express music paper. 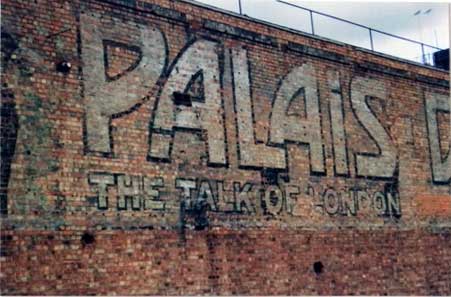 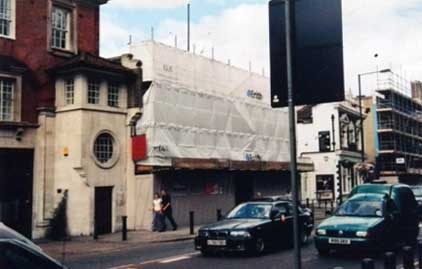 Developers Parkway Properties plan to demolish the site and build offices and a leisure complex. Residents and campaigners opposing the demolition, including the preservation group, ‘The Twentieth Century Society’, are now locked in a race against time to have the building listed, which they hope may save it.’

However, the Gazette reported on 18th May 2012 that: ‘Bulldozers finally began tearing down the historic Hammersmith Palais last week as developers turn the former dance hall and gig venue into student flats.’

In 2007, Film Producer and Director, Richard Weller, made a documentary for the BBC about the history of the venue, titled: ‘Last Man at the Palais’. Narrated by Suggs, it featured the likes of; Dame Vera Lynn, Mick Jones, Pauline Black, Elvis Costello and Robert Elms.

My final two visits to the Palais were both made in 1986. I was there in October to see Blues guitarist, Stevie Ray Vaughan and two months later there was a rare UK appearance for the writer of ‘The Twist’, Hank Ballard, with his ‘Midnighters’.

(The above photos were taken by Brian Russell)