Warwick Avenue Underground Station is on the Bakerloo Line situated between Paddington and Maida Vale.

Apparently, Warrington Crescent was another name said to have been mooted prior to the station’s opening on 31stJanuary 1915.

Welsh singer, Duffy, included a song written about the station on her debut studio album, ‘Rockferry’, which was released on 3rd March 2008.

‘When I get to Warwick Avenue,

Meet me by the entrance of the tube,

We can talk things over a little time,

When I get to Warwick Avenue,

Please drop the past and be true, 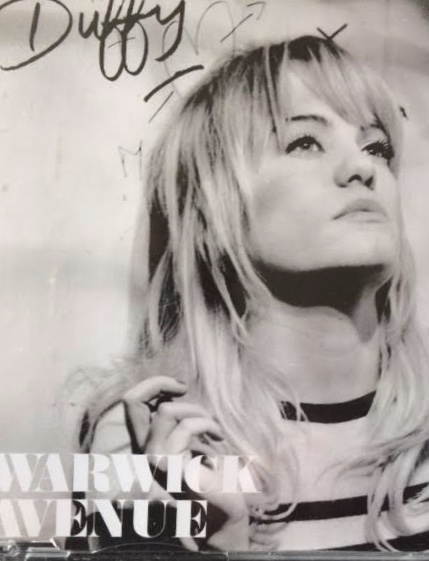 The CD copy I have is the German maxi-single, which also includes two other songs; ‘Put it in Perspective’ and ‘Loving You’ plus the video of the title track.

The video was premiered on Channel 4 on the 23rd April and shows Duffy leaving the station in the back of a taxi.

Because of digital downloads from the album, ‘Warwick Avenue’ actually made the UK singles chart more than two months before its release and went on to peak at No.3. After dropping out of the top 100, it later re-entered the charts.