Growing up in the Bush, Ravenscourt Park holds many childhood memories for me, and my family. The following article appeared in the Framlingham Weekly News on 1st August 1885:

‘Travellers to Kew Gardens and Richmond must have noticed, immediately after passing the Shaftesbury-road Railway Station, a very beautiful park with a fine avenue of trees.

An effort is now being made to secure this delightful piece of ground – Ravenscourt Park – for the people of the Hammersmith district. There is no part of Western London where a boon of this kind is so urgently needed.

True, Kew Gardens are not very far off; but if working men and their families want to go there they must go by tramway or by railway, and in the vast majority of cases that simply means that they cannot go at all.

The result of the want of some open space is that the people of Hammersmith, when the day’s work is done, crowd into the High-street. This may be better than staying at home, but it is certainly not an ideal way of spending a lovely summer evening.

If Ravenscourt-park were secured for the public, thousands of persons would resort to it daily in fine weather, and no one disputes that the privilege would tend to promote both the health and the happiness of the community. 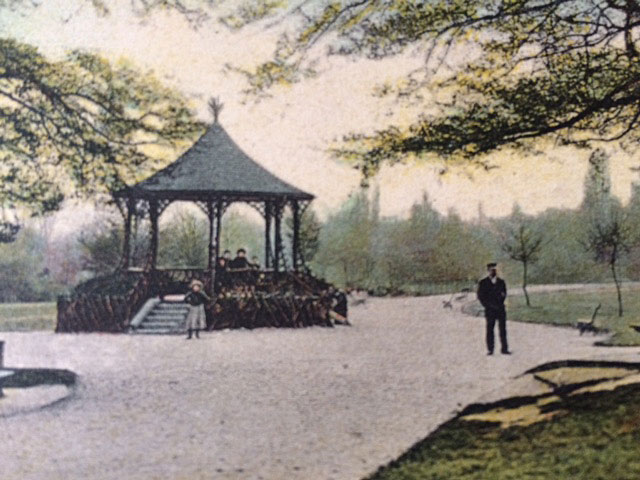 Might not some rich and generous person in the district take this opportunity of doing a great service to his poorer neighbours?

As much has been done in many a provincial town, and it is hard to see why zeal for the common good should not be expressed in this particular way in London as well as in other cities.

If provided there is a chance of the necessary funds being provided by private benevolence, it may be hoped that the public authorities will not hesitate to take action in the matter.

The cost might be considerable; but few householders would object to a small addition to the rates for so excellent a purpose.’

The following announcement then appeared in the Morning Post three years later on 19th May:

(Thanks to Colin Woodley for his assistance. The postcard is from my collection)

3 thoughts on “Securing Ravenscourt Park for the Public”