Emily Capell’s long awaited debut album was finally released on 5th October and later that evening she presented it live at the London Camden Assembly.

I received the pre-ordered package last Monday, which included a signed LP on yellow vinyl, a signed CD and even a mini-comic. 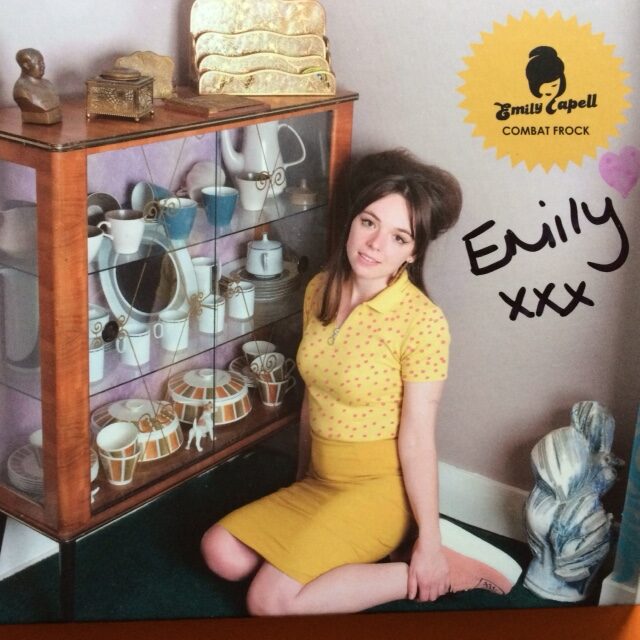 Emily kindly wrote the following introduction for the Indy R’s:

‘Combat Frock’ is finally here! After about 10 years of gigging, three EP’s and some very dodgy haircuts I finally decided to put an album out!

The first single to be released was ‘I Found A Footballer To Marry Me’, which came out in August. There are also tracks such as ‘Who Killed Smiley Culture?’, ‘Joey’ and ‘Bonanza’ featured, which have previously been released as singles.

The rest is made up of new songs especially written for the ‘Combat Frock’ album.

I am off on tour with the Selector later this month and through to November, up and down the UK. We have our headlining tour coming in 2020.

No, don’t miss out! ‘Combat Frock’ comes highly recommended and I would also recommend that you catch her on tour.