Better described as a ‘Lively, Healthy and Up-to-Date Story Paper’, the first edition of ‘Adventure’ hit the streets on 17th September 1921. 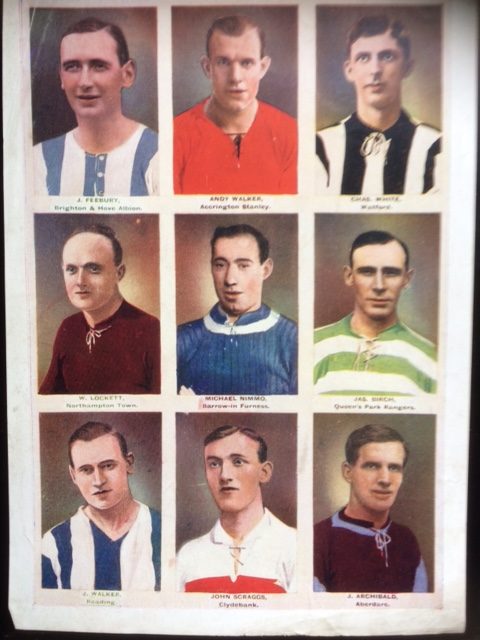 On the 17th February 1923, the first sheet of nine footballers was issued and the players included were: Cliff Jones of Burnley, F. Knowles of Stockport County and Linfield’s Bob Wallace.

I managed to pick up a rare, uncut copy of sheet 11, which had appeared a couple of months later on 28th April and featured the legendary Jimmy Birch.