Clive had been poorly for a few years. He was being prescribed what seemed to be an endless amount of antibiotics, but a year ago he phoned me to say that with the upturn in the weather, and the steady improvement in his health, he was coming to his first match in nearly a year.

I met up with him outside Hounslow East Station and we took the bus to the Heston training ground, where the U18’s drew 3-3 with Birmingham City.

Then a couple of months later we met up in a local pub, ‘The Forester’ in West Ealing where we watched a World Cup match and enjoyed a couple of pints.

Sadly Clive was soon to be in and out of hospital again as his health worsened.

The week before he passed away, Alan Barnes, Keith Davies and myself visited him in Ealing Hospital. As ill as he was I’m sure that he was aware that we were there. We held his hand before saying goodbye. Keith phoned me a few days later to tell me the awful news.

Later that month we attended Mortlake Crematorium. The entrance music was Glenn Miller’s ‘In The Mood’ and we were welcomed by Humanist Society Celebrant, Phil Walder, who conducted the Service.

Duncan recalled that his uncle was a member of CAMRA and after a good few pints of ale, Clive would upon his return home, regularly spoon out a tin of Heinz baked beans! 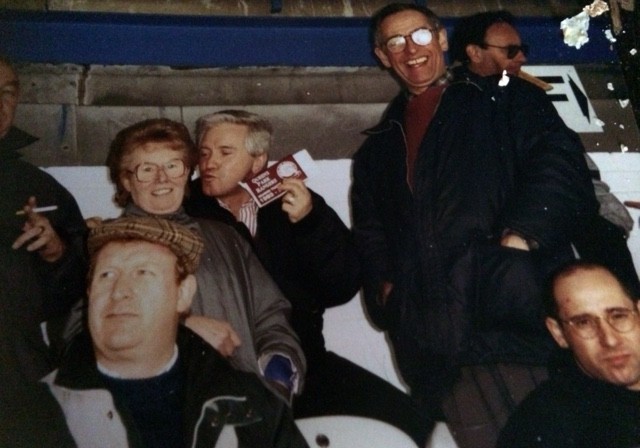 Clive was born in Queen Charlotte’s (like me), on 21st November 1937 and lived most of his life in Ealing. For his National Service he served in the RAF and worked at BOAC, who later became BEA before becoming British Airways.

The music for reflection was the 1977 song, ‘Queens Park Rangers’ by the Loftus Roadrunners and after the Committal and closing words we filed out to the sound of ELO’s ‘Mr Blue Sky’.

Clive supported all the Club’s sides and I had started to attend some of the QPR Women’s matches with him.

Apart from talking about the R’s, we also often spoke about our mutual appreciation of Jazz music and Films.

He was a true gent and we will miss him.