Mick Delaney is a top boxing coach and has been associated with the famous Dale Youth ABC for over 40 years.

The Club’s gym was situated at the bottom of Grenfell Tower and Mick is planning to re-locate to another premises in Ladbroke Grove. Matt Christie wrote the following article for Boxing News:

‘Boxing News is pleased to report that Dale Youth ABC are hoping to re-open in August following the tragic fire at Grenfell Tower in West London.

Their current gym was at the foot of the tower, but Mick Delaney is planning to move to a nearby premises in Ladbroke Grove.

The famous amateur boxing club – which spawned the likes of James DeGale, George Groves and Daniel Dubois – is run by Delaney.

He was last in the gym just hours before the fire in the tower block that sits above it.

“We trained in there on Tuesday night and left at about 9.45,” he said. “Then I got a call at a quarter to five the next morning and they said the building was up in flames. I couldn’t believe it. Now all I can think about is all the lost lives, and the families who have lost everything.”

As news of the fire broke, Groves tweeted: “My old club Dale Youth ABC has been there for the past 15 years. I was even there Sunday, and this is so sad.”

DeGale added: “Shocked at the devastation at Grenfell Tower block where my old amateur club Dale Youth is. My thoughts are with everyone affected.” 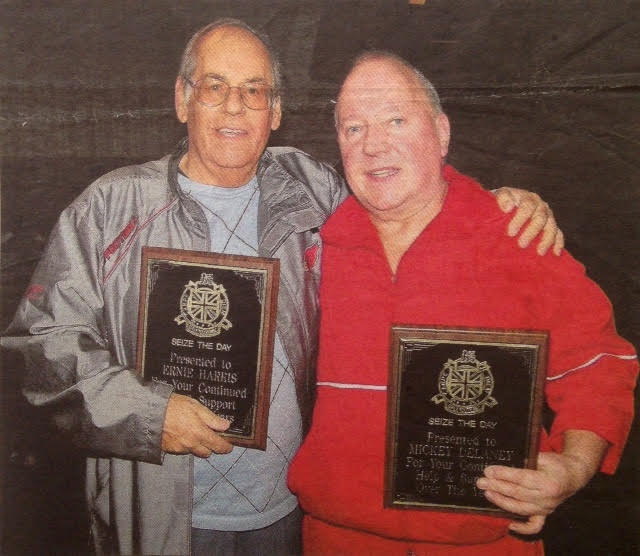 Delaney was “born and bred a spit away” from the Tower where the fire struck but doesn’t believe any of the boxers that currently train there or their families were affected.

“None of our boys live in the flats – which is one consolation.” But Delaney believes a man who used to clean the gym couldn’t get out of his flat in Grenfell Towers, and a parent of a former Dale Youth boxer could be among those who are missing.

“We’ve got to keep things in perspective,” said Delaney when commenting on the fate of the gym. “All these people have lost their lives.”

The current gym had only been open since November after it was renovated along with the rest of the building, but Delaney hopes to move his troops down the road to a makeshift gym they were using during the building work.

“We’ll apply for a lease there and make sure we’ve got somewhere for the new season. We liked it there anyway,” he said. “As long as we’ve got a ring, some bags and some trainers, Dale Youth will be okay.”

Delaney wanted to let people know he plans to be open for the first training session of the new season on Sunday August 15.’

I first met Mick, (who is also an R’s fan) in 1999 when I got involved with sponsoring one of their boxing events on behalf of the LSA.

It was later staged in December at the Rugby Club in Walmer Road.

Good luck to Mick and all at the Dale Youth ABC.

(The above pic shows Mick on the right, next to the late Ernie Harris)