There was sawdust on the floor and sometimes you’d need a boat to get to the WC as most of the piss was on the floor. Not a place to bring a first date!

Next door to the ‘Cider House’ there used to be the National Cash Register building/factory.

My late mum’s eldest brother, Uncle Ern, was known to frequent ‘Weston’s’, no doubt to the chagrin of my grandmother!

I remember that the side of the ‘Cider House’ at first-floor level had a huge painting of some cows grazing in a West Country field.

I think the cider was brought up to Paddington, or maybe the old Westbourne Park Station, on the Great Western line that has now gone, and brought over to the ‘Cider House’.

I never went in it, and I know my old man didn’t. I also doubt my granddad did either. It had a reputation for being a real rough house, straw on the floor, winos, that sort of place.

I’m pretty sure Robert Elms has discussed it on his show, and that when he went in there for the one and only time as a young teenager, I think he said that no one had any socks on, and that they were all out of their heads on the cider! 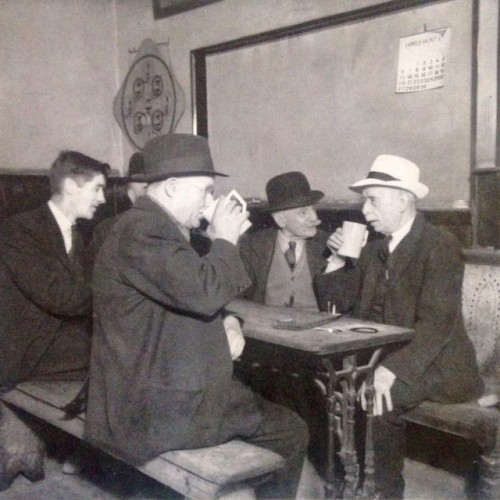 Weston’s Cider was founded in 1880 by Henry Weston, a Herefordshire farmer.

Then in 1930, a ‘Cider House’ was opened on the corner of Woodfield Place and the Harrow Road. It was previously a carpenter’s shop with an off-licence.

Apparently the workmen were the only ones allowed to drink on the premises at the time.

The cellar was said to hold five 500-gallon vats of cider. The Herefordshire Council website states that:

‘It sold only Weston’s products and was furnished in the Victorian style with barrels as tables. The ‘Cider House’ became such a success that it was even mentioned in London guide books.’

Steve Zico recalls that there was a big sign outside that read, ’Cider and Perry House’ and was situated on the same side as ‘The Prince of Wales’ pub, which was only about 50 yards east of it, and almost opposite the old ‘Elephant and Castle’ pub.

It had a reputation at one time of being the haunt of many a Notting Hill writer and artist, but Steve doesn’t remember it as being a place where ‘Arty’ types hung out, saying that it had sawdust on the floor and was a proper working men’s place, strong cider and the grief and fights that went with it.

It was closed in 1970 as part of a road improvement scheme, although the building is said to be still there, and currently situated on the premises is an Eritrean restaurant called ‘Mosob’.

There were also two other cider-only London hostelries at the time; ‘The Goat Tavern’, off of Old Bond Street, and the other one was in the Wandsworth Road.

(The above pic comes from my collection and is titled: ‘Pubs with a Country Flavour’)