In April 1974, ‘Shoot’ magazine were giving away in a competition, 15 copies of the latest QPR single:

‘As you may know, Queen’s Park Rangers players have just released a record “Give ‘Em The ‘Ol One Two” which looks like being a real hit. 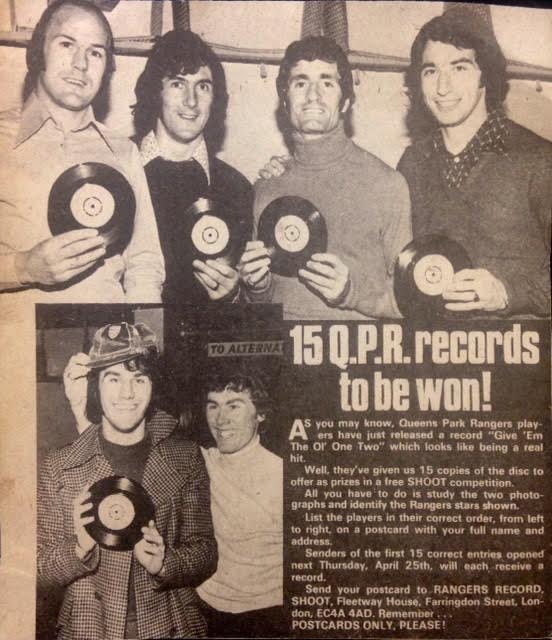 Well, they’ve given us 15 copies of the disc to offer as prizes in a free SHOOT competition.
All you have to do is study the two photographs and identify the Rangers stars shown. List the players in their correct order, from left to right, on a postcard with your full name and address.

Senders of the first 15 correct entries opened next Thursday, April 25th, will each receive a record. ‘

The A-side was later included on the Cherry Red Records CD compilation: ‘QPR the Greatest.’ 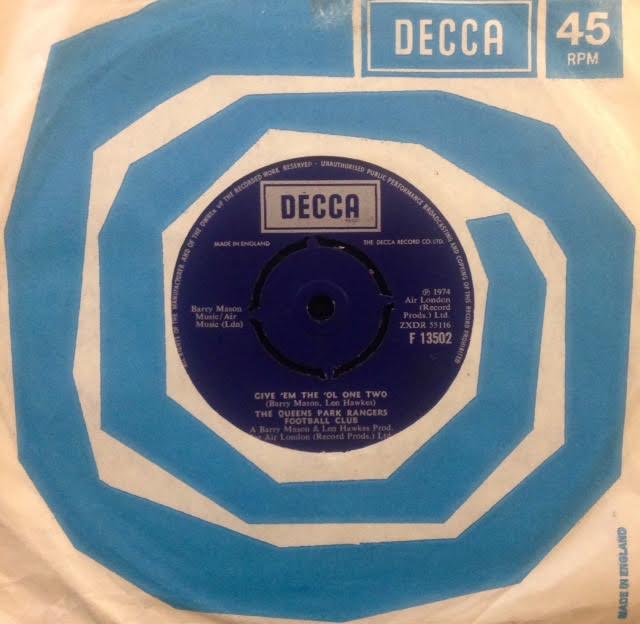 The writers of both tracks are credited to Barry Mason and Len Hawkes.

Barry Mason has accumulated a huge list of songwriting credits, which include; ‘Delilah’, ‘Here It Comes Again’, ‘A Man Without Love’ and ‘The Last Waltz’.

He also co-wrote the Leeds United anthem: ‘Marching On Together’, in collaboration with Les Reed.