The following excellent article was written by ChrisPTenner and originally appeared in a recent issue of the German sports magazine ’11 Freunde’:

I first met Pete Doherty when he was a gangly 14-year-old kid. We nicknamed him ‘Young Pete’ for obvious reasons.

It’s well known that he is a Queen’s Park Rangers supporter despite being born nigh on 300 miles from London and living all over Europe due to his father’s career in the British Army. His father, also named Pete, is a QPR fan and the baton was handed onto Pete at a very early age.

In the early 1990’s Pete started turning up at QPR reserve team games when they played at Harrow Borough’s football ground. As his father knew a well known QPR fan named Alan Barnes, Young Pete would talk to Alan at games and by virtue myself too as I would stand with Alan and other friends. We were all in our 30’s and 40’s at the time.

My first impression of Young Pete (his father was sometimes called ‘Big Pete’ or ‘Pete Senior’) was of a very funny kid who seemed to have an encyclopaedic knowledge of QPR games that took place 20 years before he was even born. I’m guessing he would listen to stories from his father and had a great memory.

Young Pete also seemed to have a broad knowledge of rock bands and music genres.

It was at one reserve game at Harrow Borough in about 1994 when Pete announced to Alan Barnes and myself that he was going to write a football fanzine about QPR. He asked us if we would write articles for his magazine and we both agreed to do so. 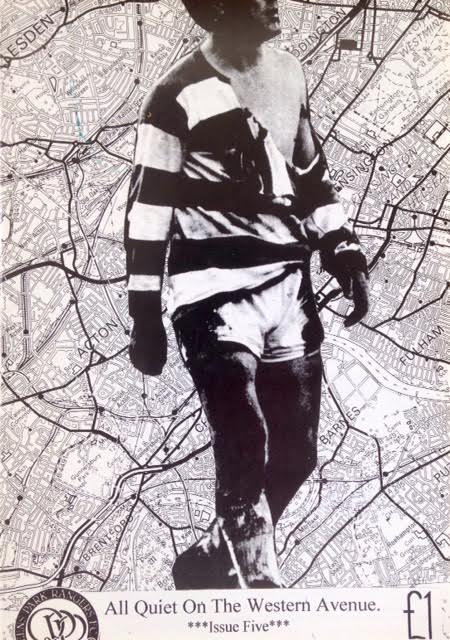 To those who don’t know him, Alan Barnes is possibly THE uberfan of Queen’s Park Rangers. Since 1958 Alan has missed no more than five QPR first team games anywhere in Europe, one of which was when he broke his leg in 1984.

That did not stop him from travelling to Belgrade to watch QPR lose 4-0 to Partizan Belgrade and going out on away goals having beaten Partizan 6-2 in the first game in London. Alan also watches the under-21’s, under-18’s, under-15’s and literally every representative football team of Queen’s Park Rangers.

Not only that, he has an amazing memory of EVERY player that has ever played for QPR, even if they only played for a month for one of the youth teams. So Alan’s articles were all about the youth teams and the individual players, telling those that didn’t watch these more obscure games how they were getting on etc.

My articles on the other hand were of a comical nature with me taking the piss out of certain players (in particular I did a critique on THE worst professional footballer I have ever seen, one Brian Croft).

There was also an article that I found in ‘The Sun’ newspaper with the then QPR first team centre-forward Daniele Dichio appearing in a photo story from the ‘problem page’ with him playing the role of a lothario waiter who bedded a female English holiday maker in some Mediterranean resort.

Then there was the article that I wrote that got Pete into BIG trouble. In 1995 there was a famous British TV advert for a well-known ladies sanitary product called ‘Bodyform’. In the advert it showed a group of beautiful women playing football on a sandy beach.

My article came in the form of a rant about women not knowing the rules of football as, when one of the women scored a goal, she was actually in an offside position. The next five or six lines contained literally every swear word known in the Oxford English Dictionary in the form of puns.

Pete printed it verbatim and even had the comedic nous to add “we have given Chris’s details to the Police” at the end of the article. As usual, Pete sent me a copy of the fanzine by post. About two days later I travelled up to Anfield to see QPR play.

On seeing me, Pete came running up all apologetic and very red around the face as he begged me to forgive him. I was perplexed as to why he would apologise but amused to find the reason. In his magazine, he had tippexed out EVERY swear word I had used after they had been printed.

It turns out he was staying at his grandmother’s house in Liverpool when he had collected the magazine from the printers. He proudly showed one to her and, on seeing my article, she became very angry.

Considering he was still only 15 at the time, he had to explain to her that I was in fact a real person and he hadn’t used a pseudonym and written the article himself. So she forced him to tippex every swear word in every copy, of which I think there were about 500 printed. 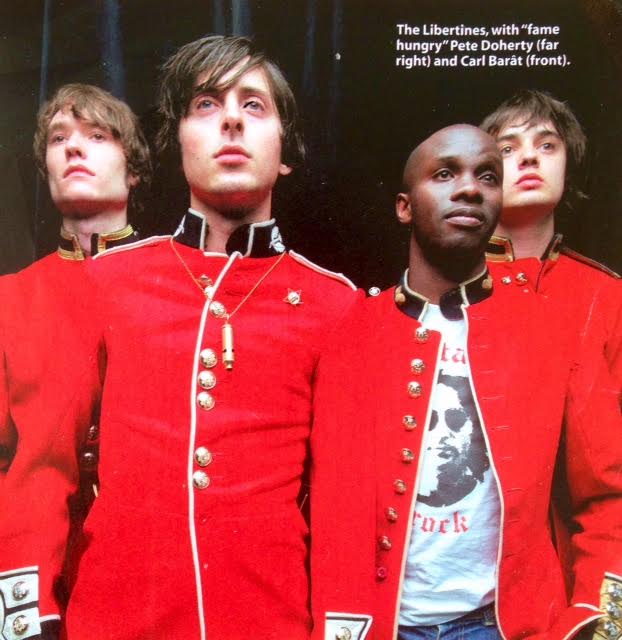 When Pete left school and started at University, I lost touch with him. The fanzine ceased after five issues, I believe, in late 1996. Then about eight years later in 2003, I was watching ‘Top of the Pops’ when I recognised Young Pete singing ‘Time For Heroes’ with a band called ‘The Libertines’.

The first person I telephoned was Alan Barnes who confirmed: “Yes, that is Young Pete”, as I couldn’t believe it.

So if anyone were to ever question Pete Doherty’s love of QPR, I can confirm that he has been a very loyal and enthusiastic fan from a young age.

3 thoughts on “Pete Doherty & When it was: ‘All Quiet On The Western Avenue’”