Leaving aside keepers dropping balls into the net, terrible ref and alarming defensive displays, one of the most disappointing aspects of the last two games is playing one up front.

We slaughtered Redknapp for the same and these performances are becoming a repeat of his ‘style’ – inert midfield, no discernible shape, a slow tempo that kills off any atmosphere and an increasingly frustrated (and bored) support.

I really want to give Ramsey a chance, but the defence, or lack of any, is appalling.

One point from two very winnable home games is not good enough. It seems we have to score three goals to stand any chance of winning a game.

As a boy living in Batman Close, I’d have been home one minute after the final whistle. Last night I trundled home near 1.30am.

I hate with a passion one man up front, at home against the likes of Blackburn, why? It really was a woeful performance and playing these tactics it won’t change. Unless it’s a vital game, I’ll be giving the mid-week matches a swerve in future!

Centre-mid, unreal, clueless, with very suspect defenders and a keeper who can’t/won’t catch the ball? Too many players that are simply not good enough at this level.

The first-half was an embarrassment and the referee was a prime example of what’s destroying the game.

Ramsey’s comments after the match are now both predictable and inaccurate. He can play as many as he likes up front, but until he sorts the rest we’re old news. Rant over.. 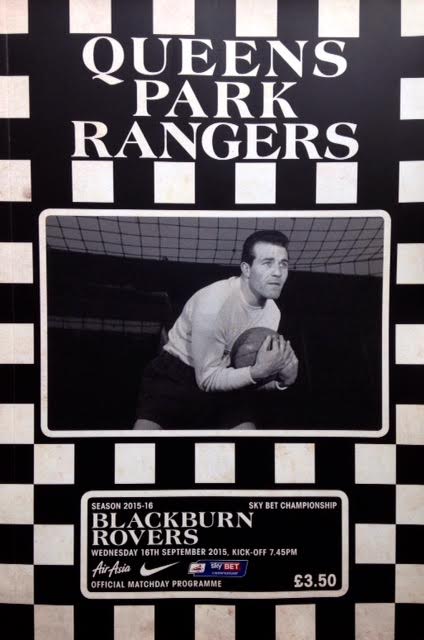 Gary Bowyer cut a frustrated figure after Blackburn twice threw away the chance to register a first win of the season at QPR. They looked set to break their duck when Jordan Rhodes put them in the lead for the second time on the hour mark but Nedum Onuoha powered in a header with 11 minutes remaining to rescue a draw for QPR.

Blackburn had taken a 14th-minute lead through Shane Duffy, but Charlie Austin hauled Rangers level with his sixth of the season moments into the second-half.

“We were outstanding in the first-half and should have been three or four up,” said the Blackburn manager.

“The football we played against a team who have just come down from the Premier League was terrific. So it’s very frustrating. That first win had better come soon or it is going to be a long season.”

Bowyer was at least able to offer some positive news on Tommy Spurr, whose head injury overshadowed the first-half. The defender’s match came to a premature and painful end with barely a minute on the clock after he was knocked out by a stray knee in the Blackburn penalty box and required lengthy treatment before being carried off.

“He’s up on his feet, he got a big whack on his cheekbone so we’ll have to monitor that, but his looks have improved,” Bowyer said.

When play resumed, Duffy beat the debutant (league start) QPR keeper Alex Smithies to a high ball to put the visitors ahead.

Austin levelled 30 seconds after half-time, lashing in a angled drive which Adam Henley could not keep out on the line.

Rhodes skilfully lifted the ball over Onuoha before neatly tucking in Rovers’ second, but the QPR captain made amends with a thumping far-post header from Daniel Tozser’s corner.

“Was it a fair outcome? No.” said the QPR manager Chris Ramsey. “We probably shaded it but they were very resilient. They will probably be happy with a point, especially after the way we started the second-half.”

” I think our keeper made a mistake for their first goal, and for the second you can’t legislate for a piece of skill like that from Rhodes. We are letting in goals but it’s not as though we are not being torn apart tactically. It’s individual mistakes and we have to eliminate them.”

I really want Ramsey to succeed but the jury has come back in the room after last night. The first-half was the worst for a very long time – it was the return of ‘Arry’s Queen’s Park Strangers!!!

No lessons were learnt from last Saturday and Ramsey decides to go with and continue for 90 minutes with Henry and Tozser who are both devoid of any creativity, or willing to put their foot on the ball and lack a willingness to go forward. Surely Ale Faurlin coming on for either player would have put us on the front foot.

The continued tactic of playing one up front at home is disgraceful – Charlie and a mobile Chery as a front two will terrorise the majority of teams in this division.

Last night it was obvious that Luongo was knackered after his around the world trek and two league games over the last week, so why take Chery off?

At the back Ned continues in the side only because he is the captain, no more no less, and the pairing of Angella and Hall is the way forward as both are comfortable on the ball and dominate the opposition.

As a squad we are more than capable of making the play-offs at least, but NOT WITH RAMSEY!

Les can see what we can and he has to force the changes both on and off the field and the first rule of management means friendships go out of the window.

There was a minute’s applause before kick-off for Ron Springett who had sadly passed away at the weekend.

The first-half was an absolute shambles, no shots on target that I remember. The players didn’t seem to know what they were supposed to be doing? Nothing seemed to be working!!!

Playing one up front at home is ridiculous and once again Charlie Austin looked very frustrated.

How easy was it for the visitors to knock the ball around to each other at will, from midfield and into the penalty area. They were a whisker away on at least two occasions from a touch in the 6-yard box before the break. Alex Smithies did make a superb save with his legs during the seven added minutes.

I don’t know who was the most surprised immediately after the break, the R’s fans or the Rovers players, when we came straight out of the blocks and equalised within 40 seconds!

Chris Ramsey decided to take Tjaronn Chery off and Karl Henry stayed on, but Jamie Mackie’s introduction was generally welcomed. ‘R’, ‘Q’ and ‘P’ Blocks called for Ale Faurlin but all to no avail.

I have to say Massimo Luongo was getting knocked off the ball far too easily and he also had a golden opportunity to pull the trigger with the goal at his mercy after Charlie Austin had set him up.

There were two big shouts for handball in the second-half and well done to Jamie Mackie for forcing the corner that led to Nedum Onuoha’s goal.

Good to meet-up with Jim Johnston in the Crown & Sceptre before the game.