This rare press pic from my collection is dated 17th September 1947 and the text on the reverse side reads as follows:

‘The schoolboys of St. Joseph’s College near London, are fortunate – they pride themselves in their soccer prowess – and rightly so, for they are coached by a first-class instructor, in the form of George Smith, the Queen’s Park Rangers and England footballer.’ 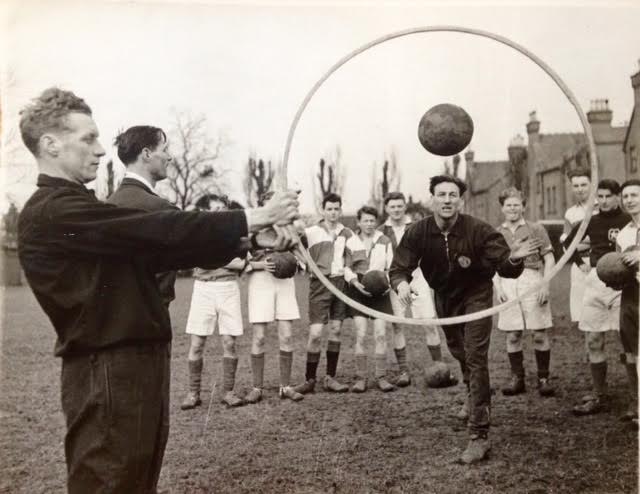 ‘The photo shows: George Smith seen as he demonstrates heading a football to the boys at the College. Holding the training hoop (on left) is Macaulay of Arsenal.’

George gained an England cap during the war period and after signing for the Rangers in 1947, he made a total of 83 appearances before being transferred to Ipswich Town in September 1949.